Updated November 2022, The 26 Best Things to do in Cyprus was originally written in February 2019

Cyprus gifted the world with halloumi, so how is it no one knows Cyprus as the food haven it truly is?

When people ask me what my favorite cuisine in the entire world is, and I tell them Cypriot, it’s usually met with a look of confusion.

What do they eat in Cyprus?

Cyprus is at the crux of food paradise, take a look at where Cyprus sits on a map, tucked into the far eastern pocket of the Mediterranean and you’ll know what I’m talking about.

With heavy influence from Greece and Turkey, and dashings of Lebanese, Israeli, and Syrian gastronomy Cyprus was born to present amazing food.

The best way to kick off your Cypriot tasting tour is to head into a taverna and order meze. Much like Lebanon, you’ll be brought out small servings of various dishes so you can get a taste of what Cyprus has to offer you.

Be careful. I arrived in Cyprus extremely thin after stomach bugs and extreme long-distance trekking in Tajikistan and Afghanistan, a month later I left substantially fatter. It’s that good.

Nicosia (officially Lefkosia) is the beating heart of Cyprus and capital of the island. It is the last divided capital city in the world.

After the 1974 Turkish invasion of North Cyprus, the city was split into two. Still to this day, a border exists with a checkpoint in the middle of Nicosia where passports will be checked before walking across the green line.

While the city doesn’t boast the archeological sites and beaches the country is famous for, it does offer great museums, churches, cafes, and the ever-popular Ledra Street.

Places To Stay In Nicosia

Check out this walking tour of Nicosia

Perched high in the Kyrenia Mountains with views onto Cyprus’s northern coast, is the best-preserved fortress in this mountain range. Originally a monastery built in the 10th century, it was fortified in the 11th century by the Byzantines to defend the island from Arab pirates.

Just outside Paphos, Seven St. George’s Tavern has got to be the best restaurant I have ever eaten at. It’s family-run, George himself or his son will be cooking your meal. There’s no menu, you’ll be sat down ask if you’re vegetarian, vegan, have any allergies or dietary restrictions, and if you’d like red or white wine.

Then the food starts coming. Plate after plate comes until you say enough. The day we visited (this was after Geena, my friend who was living in Cyprus had raved on for days about this upcoming meal), George even came out gave us fresh dates he’d just picked to try, and showed us his farm and a tour of the restaurant.

Located in southeast Cyprus along the coast of Episkopi Bay sits the acropolis of ancient Kourion. Take a trip back in time spending an afternoon discovering the archeological artifacts and ancient ruins. Nearby Episkopy is worth a stop, this is a historic Cypriot Village with amazing views.

Explore the Kourion and Paphos on a day tour

The Troodos are the highest mountain range in Cyprus lying smack in the middle of the island and home to Mt Olympus, the highest peak in the country. Beautiful Cypriot villages dot the mountain range here, and countless hiking trails await. Make sure to pay a visit to Kykkos Monastery on the northwest face and if you venture to Cyprus in winter, don’t miss out on riding at the ski resort atop Mt Olympus.

This seastack in the ocean just south of Paphos is Aphrodite’s alleged birthplace.

A word of the wise: if you’re here in the summer months try to get here early in the morning as it gets crowded.

Ayia Napa is Cyprus’s tourism hotspot with the ever-captivating Nissi Beach. Nissi Beach is the photo that you’ve probably seen most when searching Cyprus Beaches online. The best time to see the beach is at low tide when the sandbar isthmus is exposed.

Ayia Napa is also home to the best clubbing on the island as well. In summer months you can expect it to be very crowded, so get there early to grab a good spot on the sands.

Where To Stay In Ayia Napa

Named after the city-kingdom of Ledra that was established in modern-day Nicosia in 1050 BC. Now a popular shopping district that had become known as the Ledra Street barricade across the UN Buffer Zone that was removed in 2008 that once separated the Greek Cypriot South from the Turkish North.

Home to crystal clear blue waters on the northeast coast of Cyprus. Cyprus’s Blue Lagoon is one of the island’s most isolated beaches. These waters rival those of the Blue Lagoon off of Comino Island in Malta.

Cyprus’s second-largest city centered around its ancient castle. Limassol has a long history, however, the city didn’t rapidly grow until the 1970s after the Turkish invasion of the north that would see Limassol become the major port in the south.

Where To Stay In Limassol

The Akamas Peninsula, north of Paphos is Cyprus’s best place to get out into nature. Home to the blue lagoon, Aphrodite’s Baths and the Avakas Gorge.

In 2017 Paphos was voted a European capital of culture. Situated on the southwest coast the city boasts Neolithic ruins, fortresses, tombs, theatres, beaches, and a lively new city

Where To Stay In Paphos

Sitting smack in the middle along Cyprus’s northern coast is the historic city of Kyrenia. It’s narrow and winding cobblestone streets welcome you to explore the wide harbor and historic Kyrenia Castle.

Where To Stay In Kyrenia

Varosha is the abandoned southern quarter of the city of Famagusta. With beach front resorts and crystal clear waters, Varosha was a popular holiday destination in Cyprus until the 1974 Turkish invasion.

Residents fled as the Turkish gained control leaving Varosha a crumbling ghost town. Varosha is still occupied by the Turkish Armed Forces and entry is forbidden from the public.

There is still a beach you can visit and get glimpses into the city being taken back by nature. Taking photos can get you in trouble, so be sneaky about it if you want to take a few snaps.

2 km from the village of Kili are the pools of Adonis, believed to be where Adonis bathed his horses. Note that the owners of the area charge an extortionate €18 per person to access the pool and falls via a crumbling and unkept dirt track.

The Karpaz Peninsula extends from Cyprus’s northeast coast toward Syria like the incisor of a narwhal. This is one of the most sparse and wild parts of Cyprus. Come here for empty golden beaches that seem to stretch on forever, wild donkeys roaming free and hilly nature. It is possible to visit the extreme east of Cyprus here.

Discover the Karpaz Peninsula on a day tour

This Muslim shrine situated on the edge of Lake Larnaca where the helper of the Prophet Mohammed’s Aunt, by the name of Umm Haram fell off her mule to her death in 648 AD. Immediately Grand Khalif Moavia ordered the construction of a mosque.

Situated about 3 km outside of Larnaca is a series of salt lakes. This is one of the most important wetlands in Cyprus. Keep your eyes out for flamingo sightings.

The Monastery sits atop Stavrovouni Hill and is one of the places you can see a piece of the Holy Cross. It is among the oldest monasteries in the world, founded by Saint Helena in around 328 AD.

Between Ayia Napa and Famagusta is the distinct headland of Cape Greco. From here visit sea caves, walk trails lined with Cypriot trees and swim in the clear turquoise Mediterranean waters.

Until 300 BC Amathus served as one of Cyprus’s ancient royal cities. Don’t miss the ancient ruins that remain here.

One of the most important and best preserved prehistoric sites in the eastern Mediterranean full of archaeological finds from Neolithic Cyprus.

Just west of Paphos is one of Cyprus’s natural wonders and start of the Akamas Peninsula, the Avakas Gorge. A stream over the years carved this narrow canyon out of the rock. Now you can walk through the Gorge and admire the Cypriot flora and fauna on the short hike to it.

Take a safari of the Akamas Peninsula, including Avakas Gorge

Polis is a sleepy tourist resort on the edge of the Akamas Peninsula Nature Reserve. This is a great place to get a taste of small town Cypriot life.

This late 9th century Greek-Orthodox church in Larnaca is believed to have been built over the second tomb of Agios Lazaros.

Looking For More Ideas For Things To Do In Cyprus?

Check out my post: Cyprus Off The Beaten Path. A great resource to purchase to help plan your visit is the Bradt guide to North Cyprus. 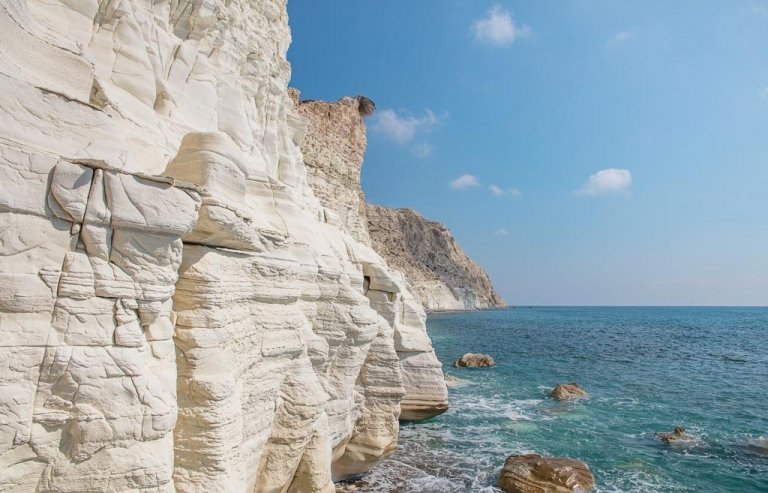 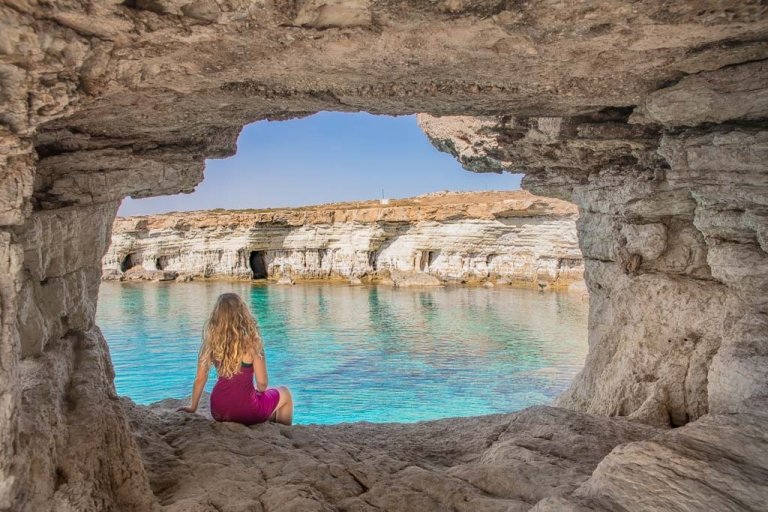