19 Best Things To Do In Morocco

Updated July 2022, 19 Best Things To Do In Morocco was originally written in February 2019

I’ve gone back and forth on writing this post for a while. Morocco is up there in the ranks of tourism hot spots right now. It seems like every time I open Instagram anymore it’s another influencer who paid top dirham for a moment to get that perfect shot at the La Mamounia Pool, a douchy Insta-bro facing away staring into the distance from a sand dune (shot on a drone of course, while trying to get you to tap that link to his ‘how to get rich traveling the world ebook’), or another bleach-blonde and photoshopped-bronze-kissed insta-scammer (cough… cough… Aggie) flittering her dress in front of a shopkeeper’s gold lamp collection followed up with an utterly bullshit caption about following your dreams #liveauthentic.

Truth is, I have a love-hate with Morocco. We met great people in Morocco on one hand, but on the other were treated so bad at some points in the Marrakech Medina that I was digging my heels into the sand on our every return.

And before the Morocco fanatics go all up in arms over what I said, just realize that everyone’s experience is different, but from my own personally, I found Marrakech to have the most aggressive scammers at play and probably the worst in terms of sexual harassment I’ve seen.

When I’ve written about my experience in Marrakech many were quick to excuse the behavior of Moroccans being poor. I’m fully aware that Morocco is a developing country.

Do I look down on Moroccans as poor people? No. Have I visited cities much worse off than Marrakech? Yes, and by a long shot. I can’t figure out what about Marrakech breeds the most aggressive scammers and salesman, but I think it’s fairly naive to just chalk it up to Marrakechis being ‘poor’.

Now other parts of Morocco I went to? A completely different story. We found that most of the people we met on the journey were friendly and wanted people to see the best of what Morocco has to offer. It just goes to show that you can’t base your entire opinion of a country on encounters that took place in only one part of one city.

Best Things to do in Morocco Table of Contents

1. Wander The Maze Of The Marrakech Medina

Just because I didn’t love it doesn’t mean you shouldn’t visit. A word of warning: if someone throws a monkey, snake, or any other animal on you or starts painting henna on you, pass the animal back or pull your hand away and walk away. These guys will demand payment even though you never consented to this.

If you so much look in the general direction of a shop expect to be aggressively sold to. This is just how the Marrakech Medina is.

And if someone walks up to tell you you’re lost/are missing out on a festival that only happens today/that way is closed– know that these guys will demand payment. If you accept these realities/challenges then you’re probably ready to take on the Medina.

If planning to purchase anything you’ll likely need to aggressively bargain. This is an artform in Morocco. Many times your foreignness, how you dress and your age will largely dictate the price (the higher you rank on each of these scales the higher the price).

Even with these annoyances, the Medina still has a magical quality to it. It does give the feeling of stepping back in time, especially if you take a walk away from the most touristy parts. I recommend getting a copy of Bradt’s Morocco to help you plan the best visit.

Where To Stay In Marrakech

Solo women travelers: How To Survive Marrakech As a Woman

Set in the foothills of the Rif Mountains, this bluewashed city in northern Morocco is arguably it’ most beautiful.

But why is Chefchaouen blue? It was painted blue by Jews driven here in 1492 escaping the Spanish Inquisition. The color blue was chosen because of its mirror to the sky reminding them of God.

The draw now is to wander the narrow blue painted alleys but back in the day drew backpacker crowds in for its legendary kif (cannabis). Now those who visit here, are religious history lovers that wish to take in the culture.

Where To Stay In Chefchaouen

3. Get A Taste Of The Relaxed South Atlantic Coast In Sidi ifni

Morocco’s other blue city. While Chefchaouen is inarguably beautiful, Sidi Ifni seems to remain a secret gem among expats and frequent Morocco visitors.

Where To Stay In Sidi Ifni

Africa’s Windy City. Essaouira is the perfect beach break for windsurfers and those look for a quiet coastal experience without the crowds.

Where To Stay In Essaouira

5. Spend A Night Under The Stars In Merzouga

Erg Chebbi’s sea of sand dunes rises from the surrounding hamada near the village of Merzouga in Morocco’s east toward the Algerian border. Several desert camps dot the erg offering anything from basic camps to over-the-top luxury glamping. Enjoy a camel ride out into the pre-Saharan steppe, and make sure to glance up after nightfall for glimmering views of the Milky Way above.

Where To Stay In Merzouga

Everything you need to know: Tips For A Merzouga Desert Tour

Famed for its grandiose Fes El Bali Medina and the cultural capital of Morocco. Fes is situated in the picturesque East Atlas Mountains and in an oft-forgotten crossroads between Tangier, Casablanca, Rabat, and Marrakech.

Where To Stay In Fes

7. Trek Into The Anti-Atlas Mountains

The Anti-Atlas are more off the beaten path than the more popular High Atlas and Rif Ranges. Think little-explored trails, wavering fields of saffron, wild peaks, and lush valleys with oasis-like villages.

Keep an eye out for shepherd taking their livestock to graze, one of my most favorite memories in Morocco was stopping to see goats high in argan trees munching away as their owners wait patiently in the shade below.

A great way to see Morocco with the ultimate freedom is to take a road trip. Driving in Moroccan cities can be nothing short of chaos and pandemonium but outside them is fairly smooth sailing.

Morocco may have more traffic police than actual citizens, so take care to follow the rules as they mostly have nothing better to do. Morocco drives on the right, and a tip for roundabouts is to just watch what other cars do as it appears every roundabout has its own rules. Check out rental car prices here.

This Islamic school sat in the center of the Marrakech Medina’s the perfect calm in the chaos ensuing in the narrow alleys outside. This is one of the most ornate and impressive madrasas in North Africa.

Legzira beach is just a short drive from Sidi Ifni. This humid and windswept stretch of coast is famous for its massive Legzira Arch a brisk walk south along the beach from all the restaurants. There once was a much larger and impressive arch that collapsed in the dark of night in 2016.

11. Get Off The Beaten Path In The Western Sahara

Disputed between Morocco and the Sahrawi Arab Democratic Republic, the region is mostly home to arid desert and pastoral nomads.

Hidden in the Ameln Valley and surrounded by red-rock spires and golden mountains Tafraout is the perfect spot to stop off and relax between treks into the Anti-Atlas Mountains. The atmosphere is slow-moving, people are friendly and for the love of Allah if you’re here on a Wednesday stop into the bazaar. There’s a Wednesday bazaar here every week and the whole town buzzes about it the day before.

Where To Stay In Tafraout

13. Explore The Capital Of Rabat

Welcome to the capital of Morocco. Rabat may lack in giant tourist attractions that Morocco is known for, but it does offer clean beaches, the gorgeous Ville Nouvelle, a beautiful Medina and inviting kasbah.

Where To Stay In Rabat

14. Go Back In Time At Bahia Palace

Built by Si Moussa between 1866 and 1867 this is one of the best-preserved sites in Marrakech. With 150 rooms, a garden, and harems spread over two acres.

Carved by the Dades River flowing from the High Atlas, this series of narrow wadis are bound to impress. Several villages and kasbahs surround the gorge.

16. See The Melding Of Cultures In Casablanca

Popularized by the 1950s film of the same name, Casablanca is often skipped on many tourist itineraries. First settled by Berbers, then later Phoenicians and Romans. Later brought the Arabs, then followed the Portuguese and Spaniards and eventually the French.

Where To Stay In Casablanca

17. Trek Into The Atlas Mountains

Welcome to the Atlas, or as the locals would say– the Idraren Draren. The High Atlas is Northern Africa’s highest mountain range that crosses from west to east across Morocco.

These peaks are snowcapped typically from September to May, making spring, summer, and fall the best times to head out on the trails. Popular routes include Jebel Toubkal, the M’Goun Traverse, Zat Valley, Oukaïmeden and more.

18. Get Hollywood In Ouarzazate

Movie buffs can rejoice at the gates to the Sahara in Ouarzazate. The city sits in a barren, desert plateau smack in the middle of the Atlas Mountains.

If you like movie sets go check out Atlas Film Studios in Ouarzazate where several famous scenes have been filmed. Don’t miss nearby Aït Benhaddou to explore its kasbah and spots where Gladiator and Prince of Persia scenes were filmed.

Where To Stay In Ouarzazate

Zagora is another area many flock to on desert camping trips from Marrakech. The biggest difference in Zagora from Merzouga is that the surroundings are hamada, which is barren, rocky desert. Don’t expect to see gargantuan sand dunes here, but a different landscape altogether.

Read: What it was like to spend a night in the Sahara

Have Any Questions About Any Of The Things To Do In Morocco On This Post? 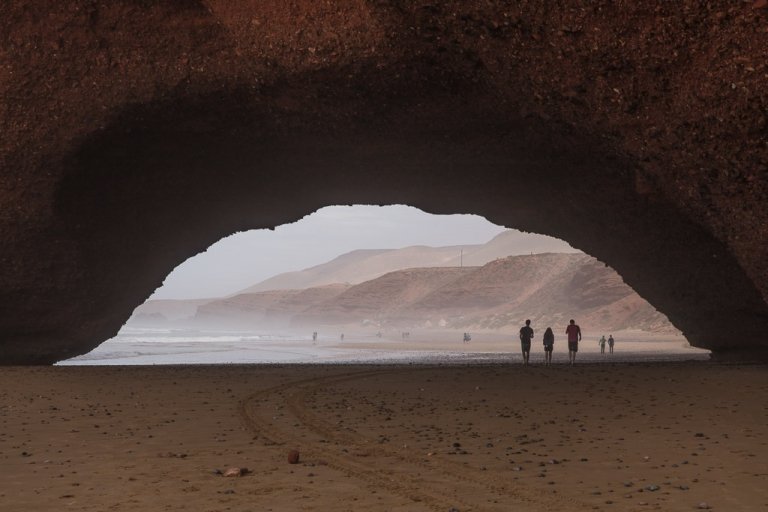 19 Best Things To Do In Morocco 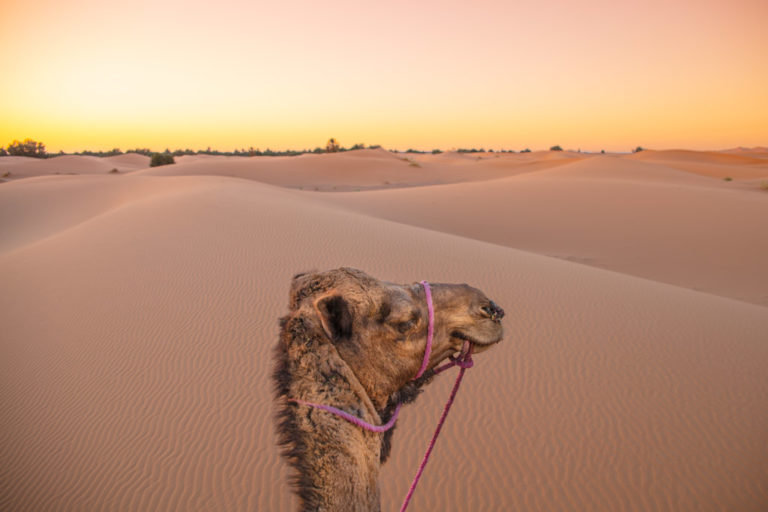 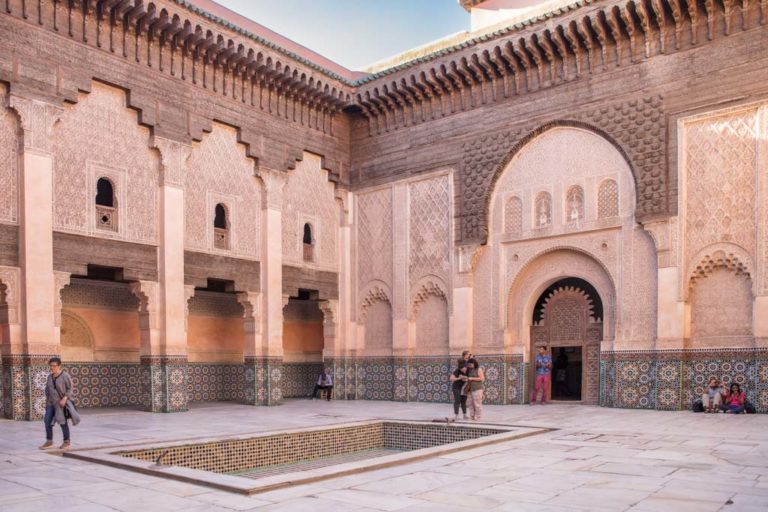 10 Best Things to do in Marrakech + Two Day Marrakech Itinerary 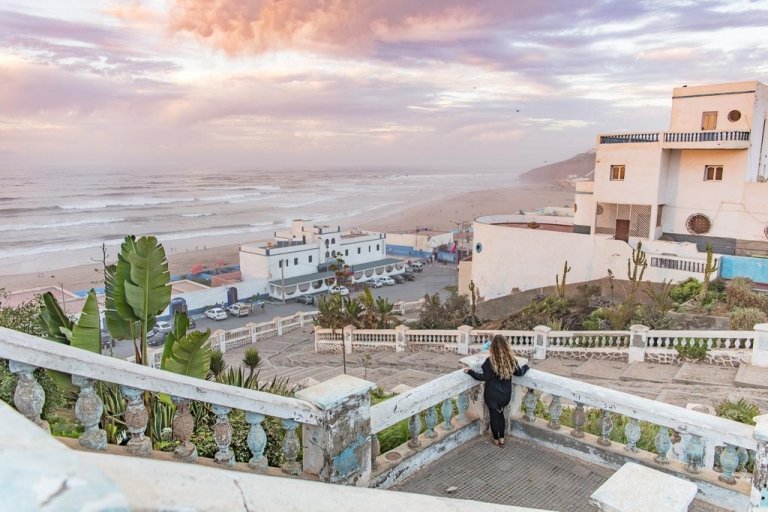 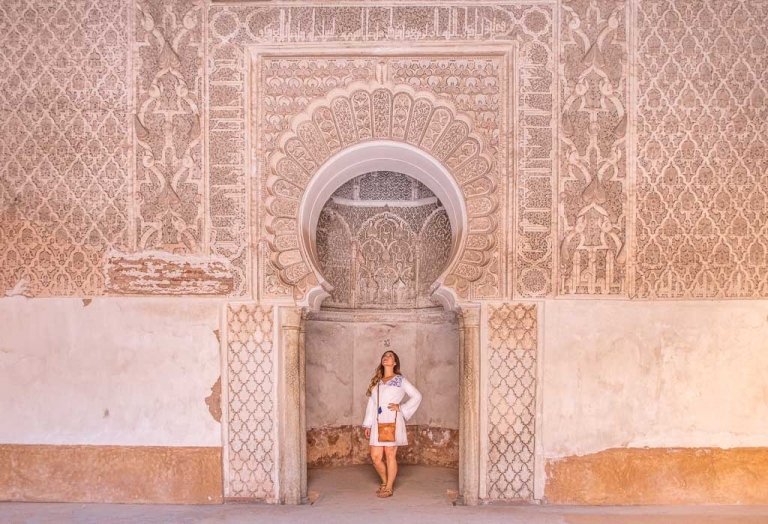 How to Survive Marrakech as a Woman: Tips for Female Travel in Marrakech 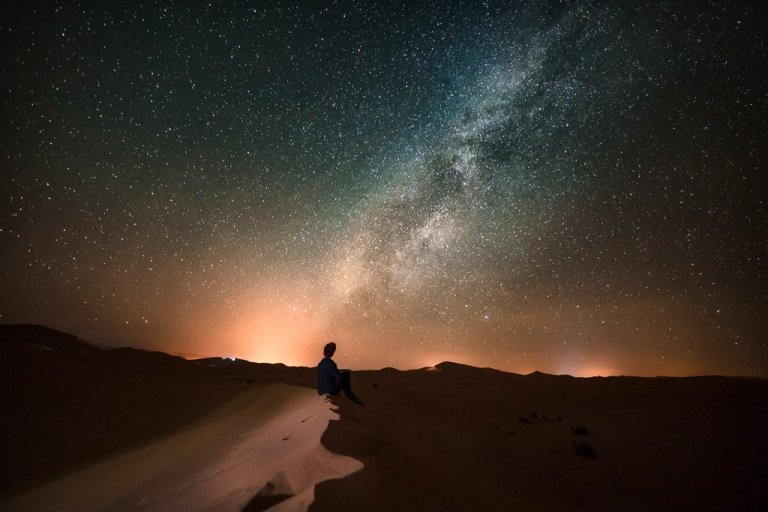 3 thoughts on “19 Best Things To Do In Morocco”