Bamyan’s 40 Towers of Chehelburj, Afghanistan was originally published in September 2021

Following a summit of Shah Foladi, the next item on my agenda was to visit was the ancient 40 Towers of Chehelburj before we headed south in the Hazarajat to Daykundi Province.

After an early morning teary-eyed start, saying goodbye to a good friend, unsure if I’d see him and his family again before I left the country. We hit the road bound for Chehelburj, an ancient site, tucked in the northwest corner of Bamyan Province near its border with Sar e Pol and Ghor. Passing familiar sites en route like the towering Koh e Baba Range to the south of the road, the turn off to ethereal Band e Amir to the north, we finally arrived at the gates to Yakawlang.

One thing to know about traveling in Afghanistan (and I say this coming from pre-Taliban takeover days, mind you), is that nearly every provincial line you will cross has some form of checkpoint to go through, same with crossing district to district within a province.

We stopped at the gate to Yakawlang and an officer asked us to pop the trunk. Upon seeing our bags, the officer at the checkpoint wanted to search through them. They went through them with a fine-toothed comb.

I’m no stranger to invasive searches in the places I travel in, but I can honestly say this was one of the most thorough I’d experienced. In all honesty, I didn’t think much of it. It was late May of 2021, security in Afghanistan had been spiraling for several months and with the NATO/US withdrawal looming there was an almost tangible feeling of despair in the air.

Finally, the officer wrangled out a black zipper case from my backpack in the trunk, demanding to know what was inside. I said a drone camera, as there was no point in lying since he was going to open it anyway. That’s about when all the problems began.

The officer made a couple of calls, seeming less than enthused to deal with us. It was clear at this point that we weren’t getting it back. A guard at the checkpoint ordered us to go to the military post in Yakawlang and meet the officer along with the confiscated drone there.

And that we did. We arrived at the military post after having picked up a man who thought he could help smooth the deal. A friend of another man held up at the checkpoint behind us

We sat there for over three hours, watching flies breeze in and out of the hallway we were sat in as we endured the periodic interrogation the drone. I even fell asleep for a stint of time between our scoldings.

In the end, they kept the drone and finally sent us on our way, leaving us a bit annoyed. Not so much that they took the drone (which was understandable even though I only had it with me for a different part of this trip entirely), but because if they were going to confiscate it indefinitely why not take it and let us move on once it was established that we weren’t a potential threat?

I understood that they were NDS (the Afghan equivalent of the CIA) and it’s part of their job, but the holding us there for that long seemed a bit pointless, but at least we were finally back out again and on our way (with a looming pain the ass waiting for us when we returned to Bamyan Town a couple of weeks later which involved a meeting with the governor of Bamyan and the head to the NDS in Bamyan, as well as several lunches, pots of chai, and handwritten letters).

After our over three hour setback, we popped into a chaikhana in Yakawlang for lunch. It was set on the second floor of a rundown building that looked like it dated to the Soviet era.

A couple of families were sat inside a large carpeted room, along with a few men that were dead asleep. Likely travelers making long hauls from one province to another. These chaikhanas still serve as a more modern era caravanserai.

We ordered chicken kabob, Qabuli palao, and the omnipresent naan and chai as accompaniments. The food was quite nice, especially the chicken kabob, despite the chaikhana’s dusty appearance.

Everything you need to know: The Afghanistan Travel Guide

Back on the Road Again

Following lunch, we hit the road again due west. From Yakawlang west the roads were dirt, winding through impossibly verdant villages set in arid canyons and valleys.

The drive got exciting not too far west of Yakawlang. One highlight was being atop Kotali Navi Daraz Pass, overlooking a high plateau unfurling westward scarred by a deep canyon. It looked like the earth cracked in half.

The road twisted down into the cracked-earth canyon where we had to ford a shallow river to the other side, driving past the small village of Gul e Lala. Continuing, the road climbed onto another arid plateau before entering the emerald village of Sar e Bum while taking a gradual turn north.

Beyond the Sar e Bum, the road snaked into a narrow slot canyon, etched into the earth over the years by the river ran side by side with the road. Past the narrow canyon, the dirt track meandered around the large village of Keligan, passing clusters of beautiful stacked homes and ruins of small fortresses of the past. The valley began to grow more crimson and orange as we inched nearer to Chehelburj.

Wandering the Disintegrating Towers of Chehelburj

Upon arrival, we first went to a nice viewpoint overlooking the 40 Tower of Chehelburj, before weaving back to cross the river by bridge and toward the homestay right next to the village’s main attraction.

It was a steep walk up a grassy hill up to the homestay, hopping over small irrigation canals etched into the incline. The mosquitos were relentless as we rambled upward. After settling in over warm glasses of chai, we walked down to explore the remaining towers of Chehelburj.

From the main path leading through the village, we began climbing up to Chehelburj that sits high on a hill overlooking the river and terraces below. The side of the hill was quite steep and littered with scree (wearing my croc sandals was not the best decision). We reached the top, entering into the fortress between two ruins of towers.

The 40 Towers of Chehelburj date back to the time of the Ghorid Empire, around the 13th century. Based on the remnants of the fortification, archeologists believe that Chehelburj was once surrounded by three sets of high walls.

As we wandered between crumbling towers it was obvious they had been weathered by the harsh Bamyan elements, peeling back layers to reveal their construction. Built of mud-brick, the towers of Chehelburj sat atop natural stone foundations. Narrow turrets freckled the towers, giving the residents of the complex a way to defend their hearth.

The wind picked up as we had crested the top of the hill, pummeling us with dust, whistling between the remains of wall and tower. We found a shell of a tower, that provided a perfect windbreak where we got into some of the leftover hashish we had brought with us following our celebrations of a successful summit of Shah Foladi.

Beginning the descent from Chehelburj, we walked to a small plateau at the south of the complex where a series of niches pockmarked the side of a rocky outcrop. Believed to be Buddhist in origin, the caves likely date back to the Kushan era, likely in the 2nd-4th centuries.

Wanna read more about Bamyan’s historical past? Check out the Buddhas of Bamyan, Shahr e Gholghola, and Shahr e Zohak

Just west of Chehelburj the road continues to the village of Dara e Chasht where it’s possible to visit a beautiful lake that the locals refer to as a miniature Band e Amir.

Continuing south: read about the journey through rarely-visited Daykundi Province

Obviously, at the time of writing, visiting Chehelburj isn’t possible due to the ensuing Taliban takeover of Afghanistan. But for those keen to visit someday, here is the low down:

Chehelburj is located about 3 hours drive west of Bamyan Town, or two hours beyond Yakawlang. Getting to Chehelburj is easiest done by arranging transport either via your guesthouse in Bamyan Town or Yakawlang or through a local guide. Expect to pay around 4,000 AFS to charter a car and driver to Chehelburj from Bamyan Town and back and around 2,500 AFS return from Yakawlang if beginning from there.

Where to Stay near Chehelburj

There is one family-run homestay in a beautiful orchard atop a hill just to the side of Chehelburj. You can expect to pay around 1,300 AFS per person per night and an additional 350 AFS for meals.

Have any questions about Chehelburj? 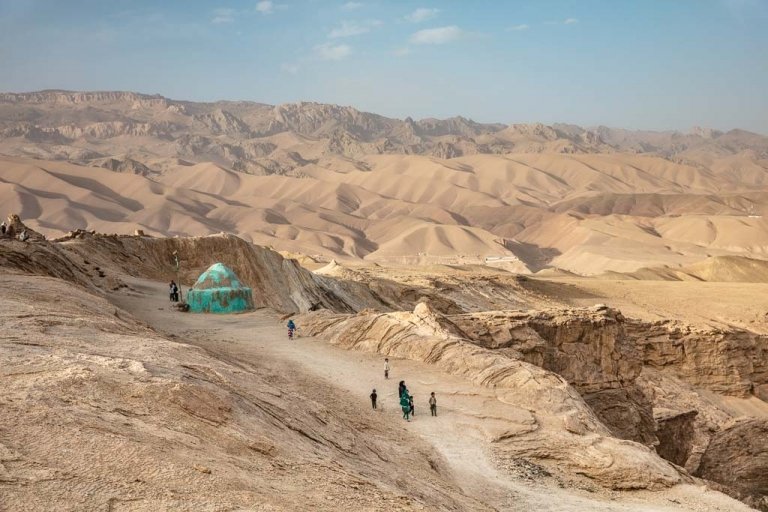 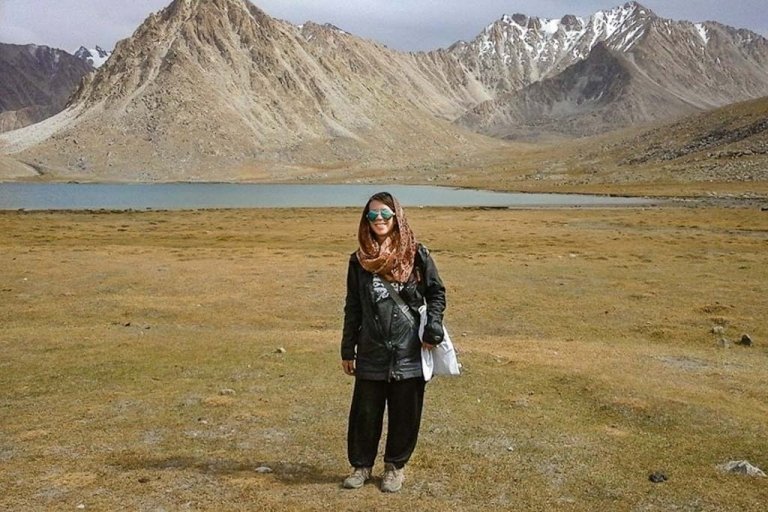 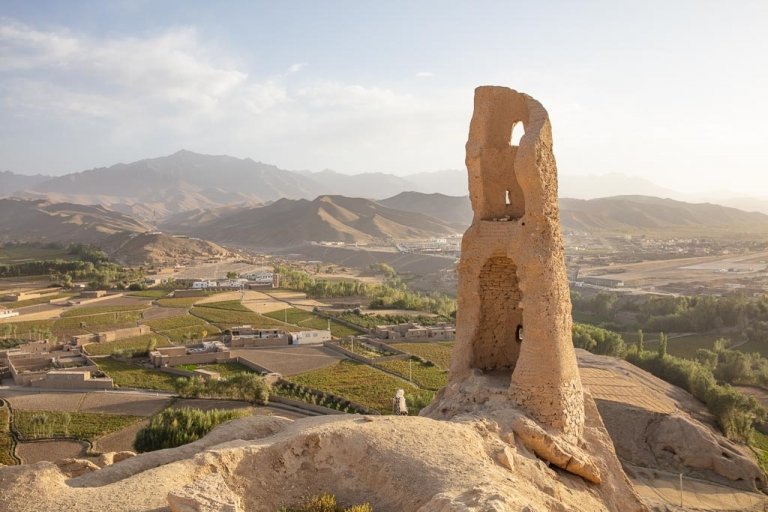 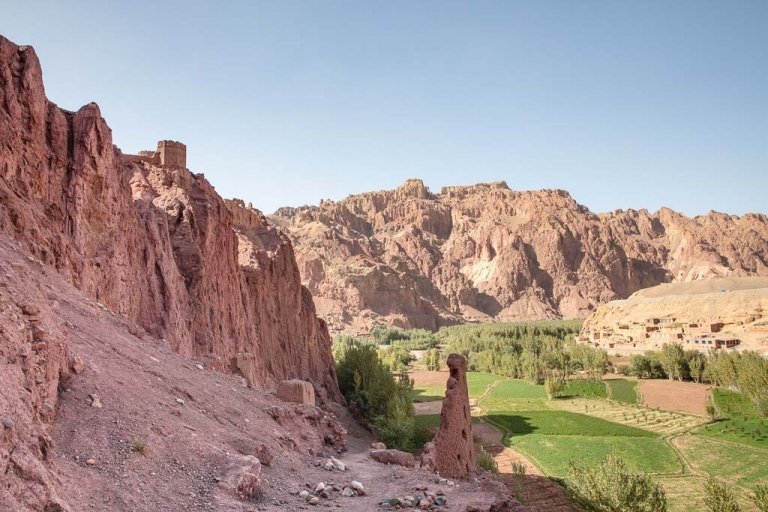 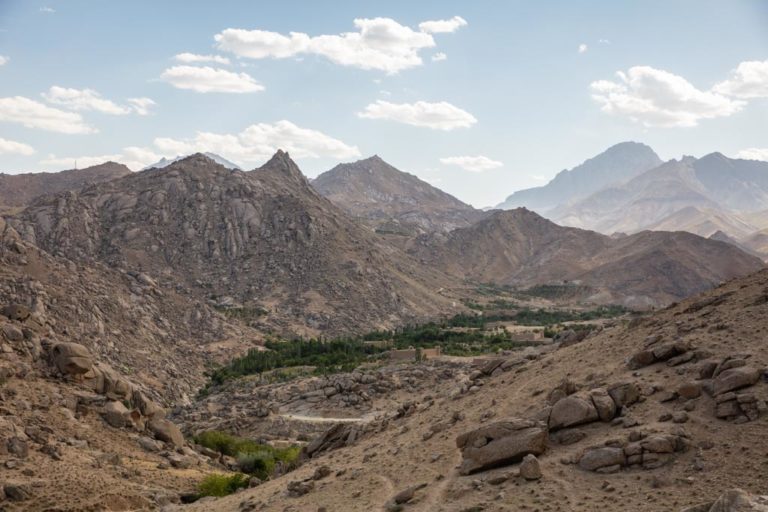 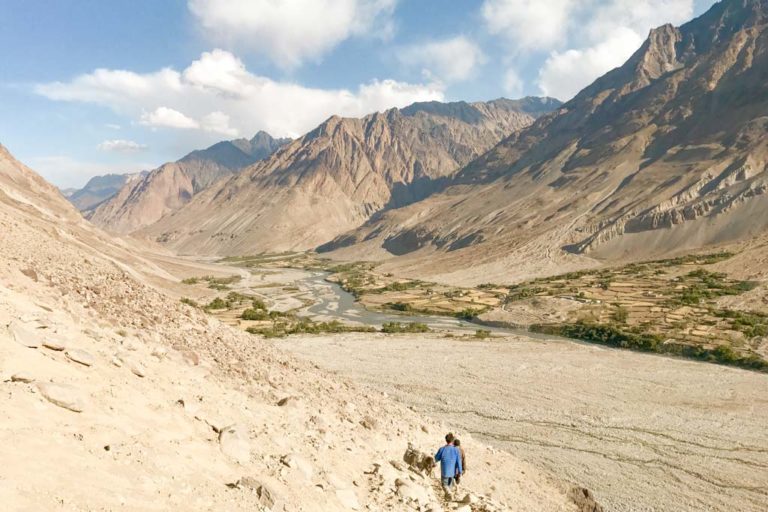 How To Get An Afghanistan Visa 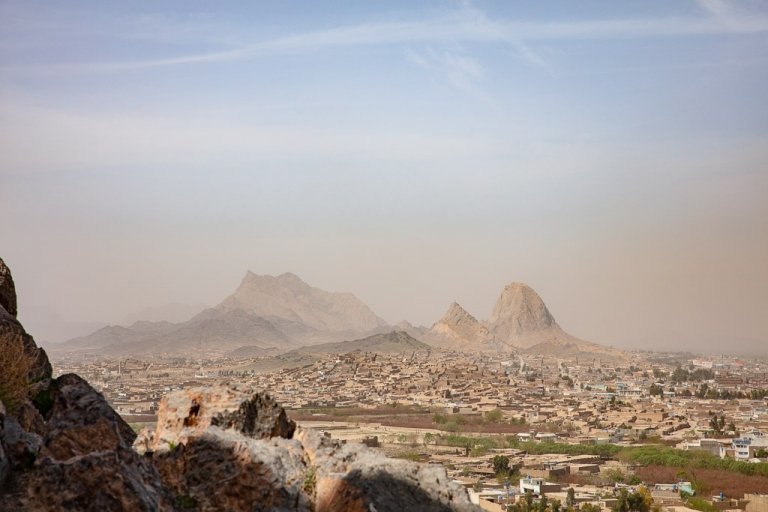 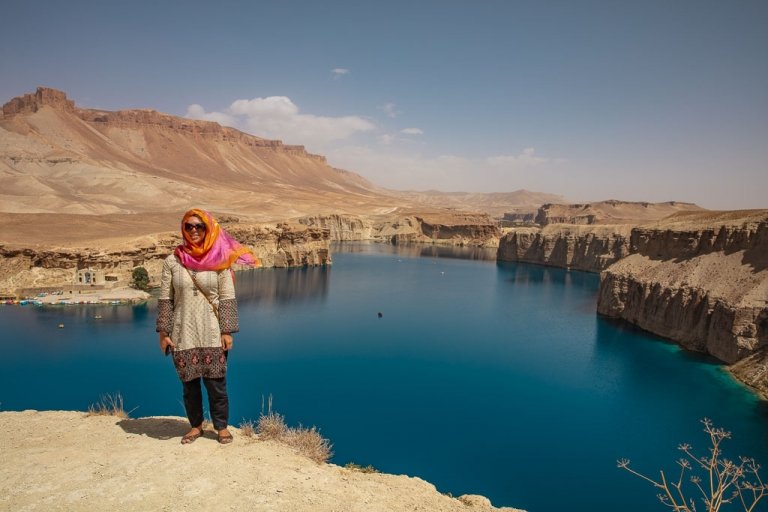 What It Was Like To Travel As A Woman In Afghanistan 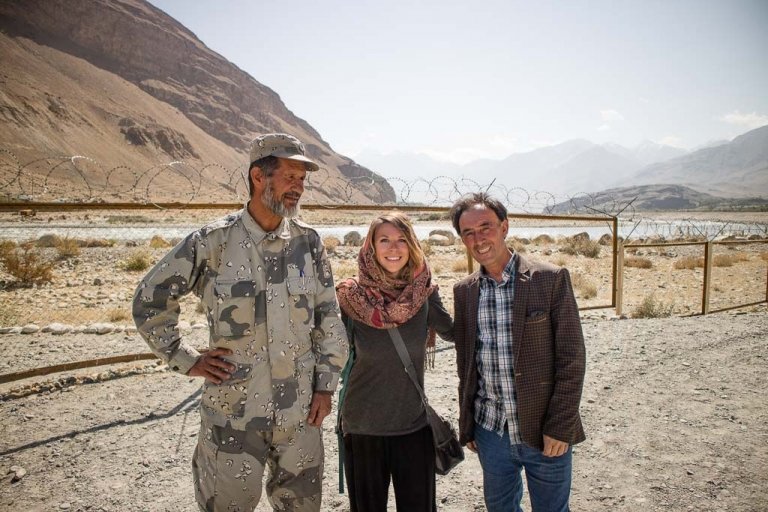 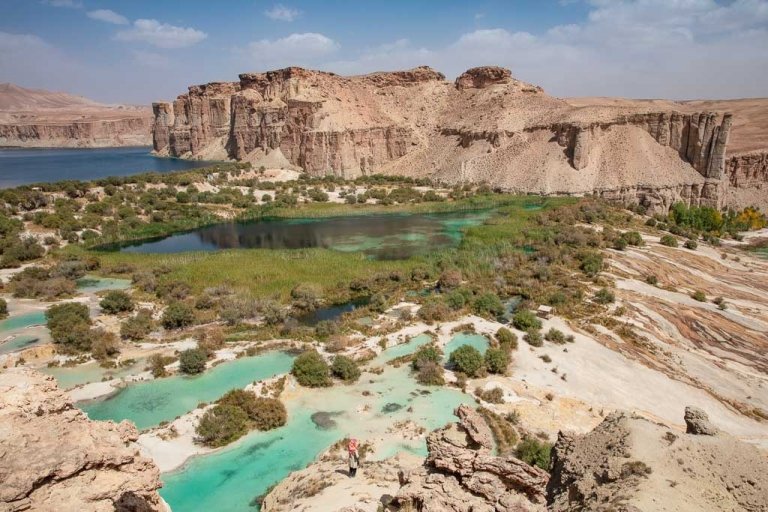 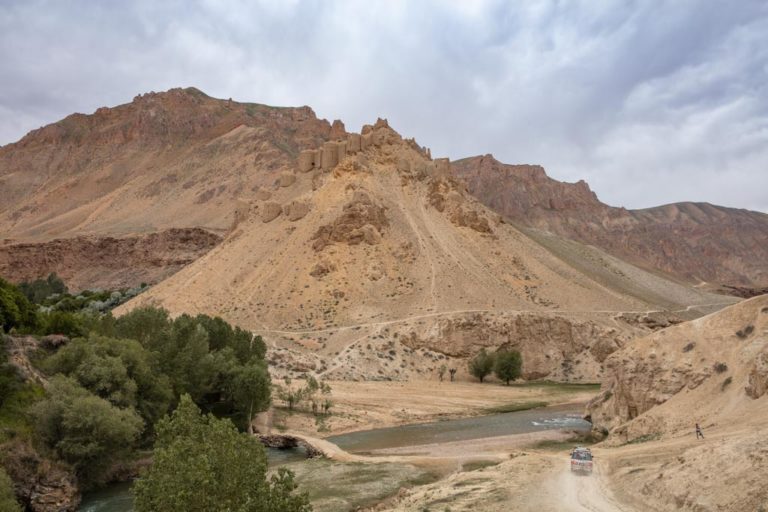 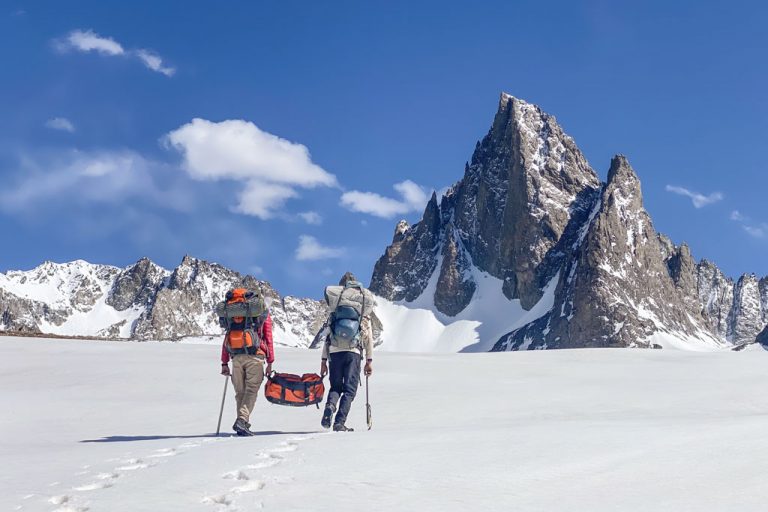 A Guide to Trekking in Bamyan, Afghanistan 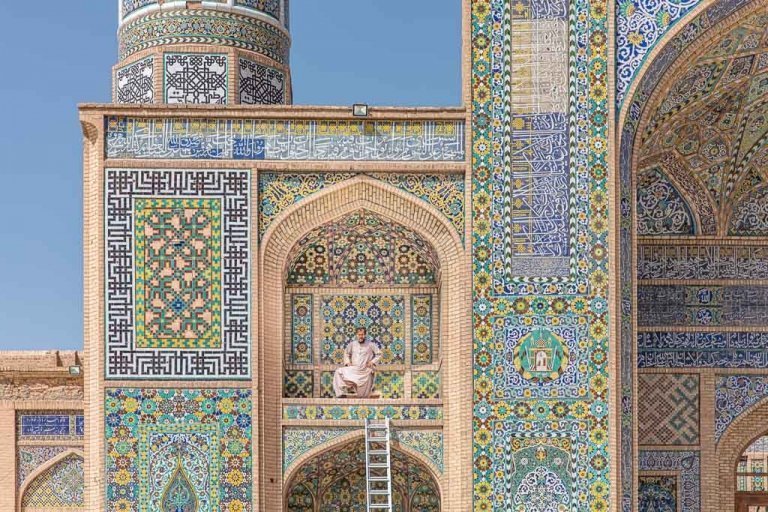 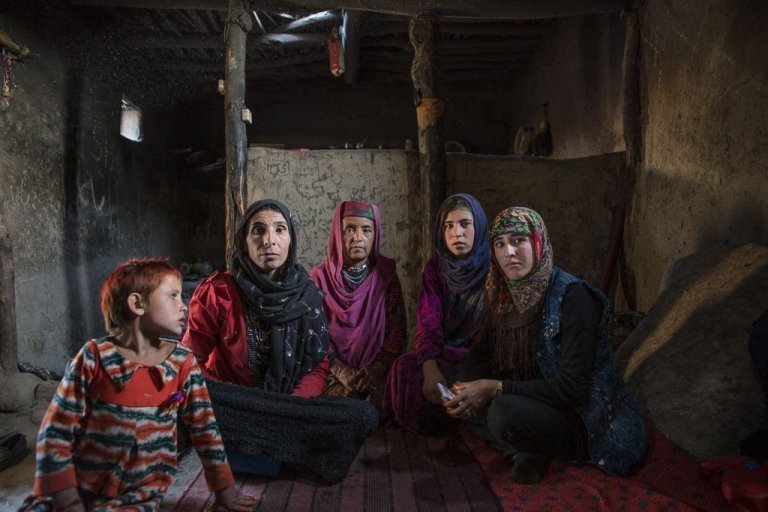 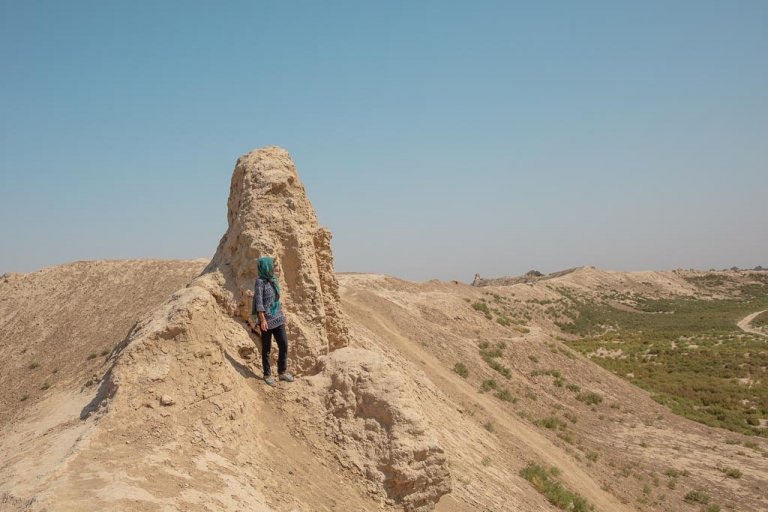 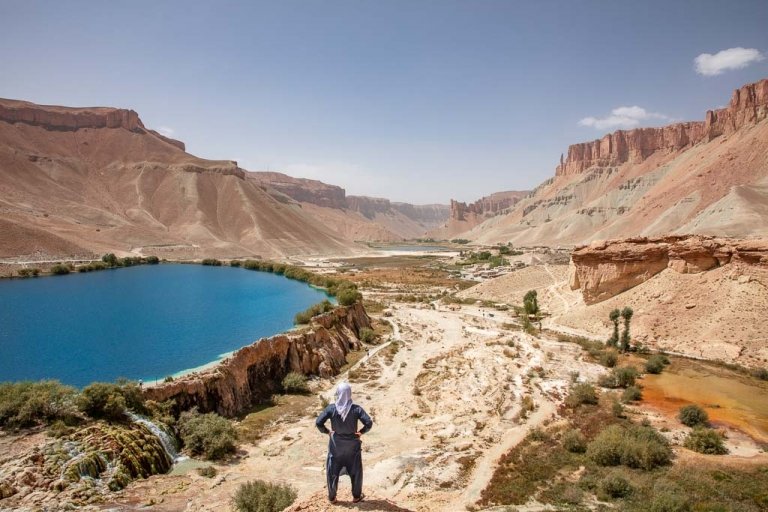 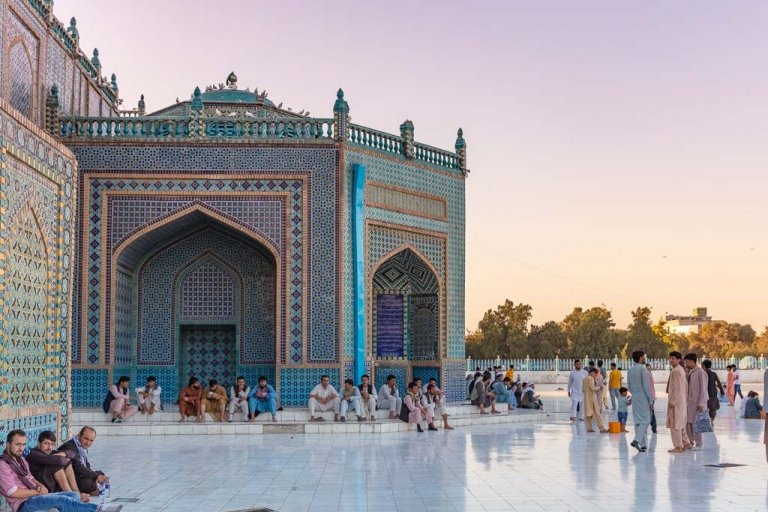 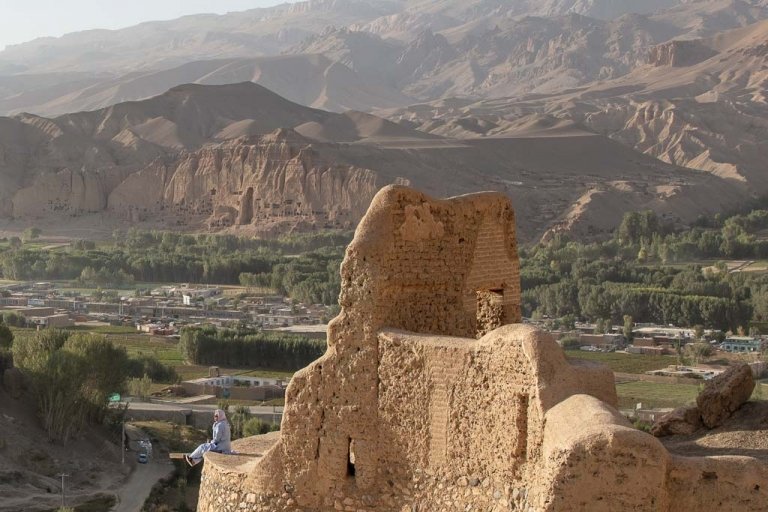 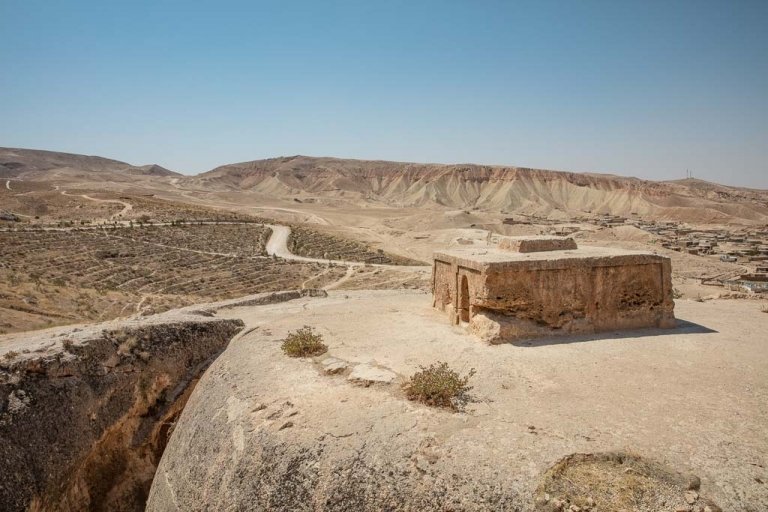 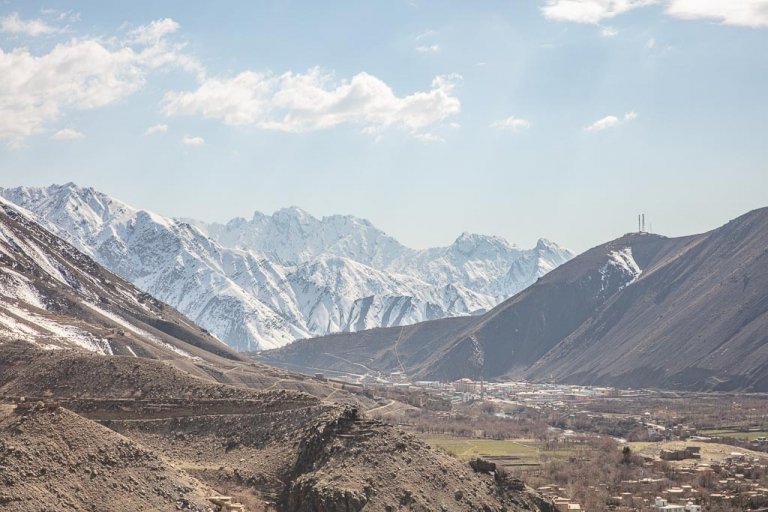 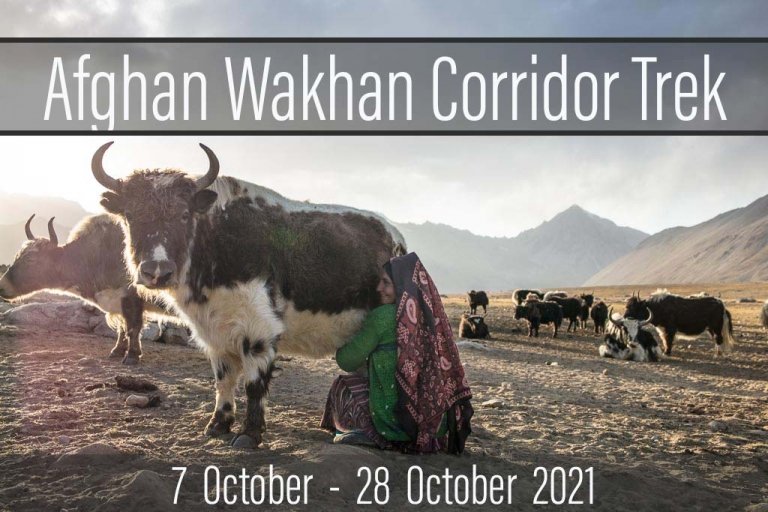 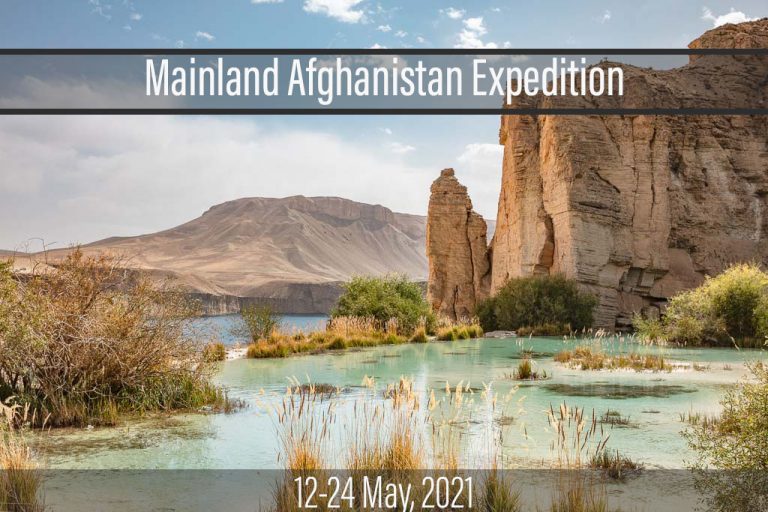 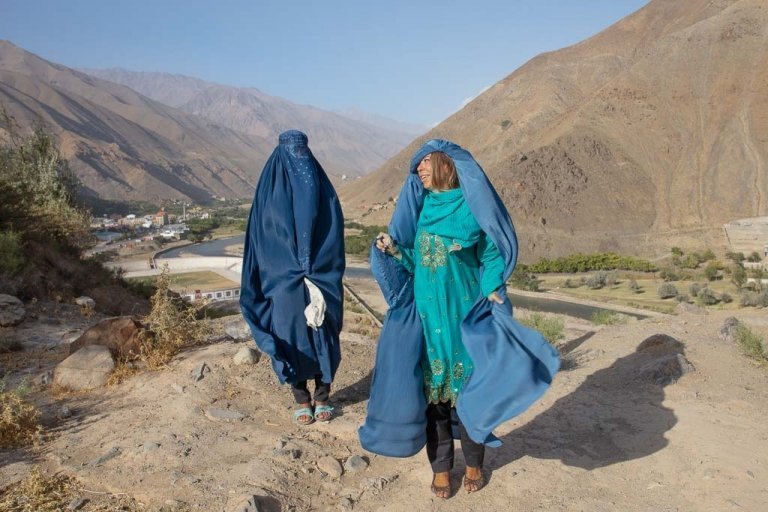