The Weirdest Capital City In The World?

Updated October 2022, Ashgabat, Turkmenistan: The Weirdest Capital City In The World? was originally published in August 2020

Grandiose and over the top, Turkmenistan’s capital of Ashgabat has a reputation of being the strangest city in the world. Maybe it was that I’d traveled all the way across post-Soviet Central Asia and Ashgabat was my last and final stop on my first trip to the region, but I just didn’t find it quite as odd at first glance as other backpackers had told me, but I fully admit to being desensitized to police state weirdness at that point. But taking a step back, I can appreciate the oddity that is Ashgabat with its uniform white marble buildings laced and domed in gleaming gold.

Things To Do In Ashgabat

Independence Park is dominated by the massive Independence Monument that many refer to as the ‘giant toilet plunger’. The monument is actually inspired by the shape of the traditional hat worn by Turkmen girls.

Walking along the park you’ll find a golden statue of Saparmurat Niyazov, better known as Turkmenbashi, the first forever-president of Turkmenistan until his death in 2006.

Another main draw to visiting Independence Park is the Ruhnama Monument. The Ruhnama (Book of the Soul) is a book that was written by Saparmurat Niyazov to serve as a map of moral and spiritual guidance, including a Turkmanbashified version of revisionist history, and an autobiography (it’s a dry read, to be totally honest). The Ruhnama Monument lights and opened up and plays music in the evening.

At the southern end of Independence Park, you can find the gold-domed Palace of Knowledge the holds a library, a concert hall, and the Turkmenbashi Museum which houses every gift ever given to the eccentric president.

Fancy a ride on the world’s largest indoor Ferris wheel? Here’s your chance. The US $90 million monstrosity that is the Alim Entertainment Center also features a bowling alley, planetarium, restaurant, and movie theatre.

Independence Square is essentially Ashgabat’s center, home to the Palace of Turkmenbashi, the building in which Saparmurat Niyazov worked. The Ruhyyet Palace can also be found in the square, which is a place where official state events are held, such as inaugurations. Don’t miss the Ministry of Fairness and Ministry of Defense buildings.

The Arch of Neutrality is one of Ashgabat’s stranger attractions and the centerpiece of what you could refer to Niyazov’s Weirdistan. Constructed to celebrate Turkmenbashi’s 1995 national policy of permanent neutrality in 1998.

The arch itself isn’t inherently weird itself albeit looking a bit like a space rocket, but the 12-meter tall gold statue of Saparmurat Niyazov is without a question odd. He used to spin around, always facing the sun, but has since stopped rotating. The Arch of Neutrality reportedly cost US $12 million to erect, ironic given that most Turkmens live in penury despite Turkmenistan having the fourth largest gas reserve in the world.

In a roundabout of Ashgabat’s white-marble-clad building lined streets sits a giant thermometer. Not the largest in the world, but one of the more unusual roundabout ornaments.

The Constitution Monument is Turkmenistan’s second tallest building at 185 meters, serving as a monument to the Turkmen Constitution, just as the name implies.

All throughout Central Asia, wedding halls are a big thing (they seemed quite odd to me growing up in Alaska where most opt to get married outdoors or in a church). The Ashgabat Wedding Palace is a bizarre structure sitting atop a hill with sweeping views over the city. It’s a white geometric construction in typical Ashgabat fashion, with a globe sat inside an eight-point Turkmen star featuring a map of Turkmenistan in gold.

The 211 meter tall TV Tower is the tallest structure in all of Turkmenistan. It features a revolving restaurant on the 29th floor.

Ruhy Mosque is more than just a mosque, it’s the final resting place of our beloved Saparmurat Niyazov. The walls of the mosque feature scriptures from the Quran, which is par for course regarding mosques, but unlike other mosques (as well controversial), the walls feature quotes from the Ruhnama too.

The carpet museum houses the (this is a Turkmen claim, as the largest as far as Guinness is concerned is inside the Sheikh Zayed Mosque in Abu Dhabi) world’s biggest hand-woven carpet. Unless you’re really into Turkmen handicrafts and carpet, the museum isn’t the most fascinating.

The Walk Of Health

With the intent of improving the health of Turkmenistan’s population, Niyazov had the Serdar Health Path (known as the Walk of Health) constructed. Somehow the fact that the path carries on through a mostly treeless expanse in brutally hot Ashgabat (in the summer anyway) was overlooked. Either way, Niyazov ordered all civil servants, members of parliament, and ministers to complete the Walk of Health as he watched from above in a helicopter.

This unusual teardrop-shaped hotel was built in 2013.

Where To Stay In Ashgabat

I actually visited Ashgabat as part of a tour of Turkmenistan that was unfortunately cut short as the country decided to shutter its borders on the tours’ intended arrival date (so basically I paid quite a bit of money to go to Turkmenistan and lost 5 days of the trip), as such I didn’t even pay attention to what hotel I stayed at in Ashgabat but through google images and memory I finally figured out it was the Ak Altyn Hotel (if you read my blog routinely, you should know already that I’m a sucky blogger).

As most of you that will visit will likely do as I did and book a full-blown tour, your hotel will be chosen for you. If you are going to attempt to visit Turkmenistan on the coveted Turkmen transit visa, you will need to book your own hotels, though it’s worth noting that you cannot book hotels online in Turkmenistan and many will only let you book the day of by calling (weird, but okay). Hotels require foreigners to pay in USD and locals in Manat but the same number, meaning that if the room is US $100 for you, it’s 100 Manat for a local (the exchange rate tends to loosely hover around $1 USD = 3.50 Manat).

Getting A Visa To Turkmenistan

Visas are a notorious pain in the arse for Turkmenistan. You’ll need to book a guided tour in order to obtain a full-on visa, but you’ll be more likely to be approved. Otherwise, you can apply for a Turkmen transit visa, which is more difficult to get, are routinely denied, and are usually issued for 3 days, sometimes 5 days and if you’re really lucky, 7 days.

Check out this post for more information on Turkmen visas (as well as other Central Asian visas).

Have any questions about Ashgabat? 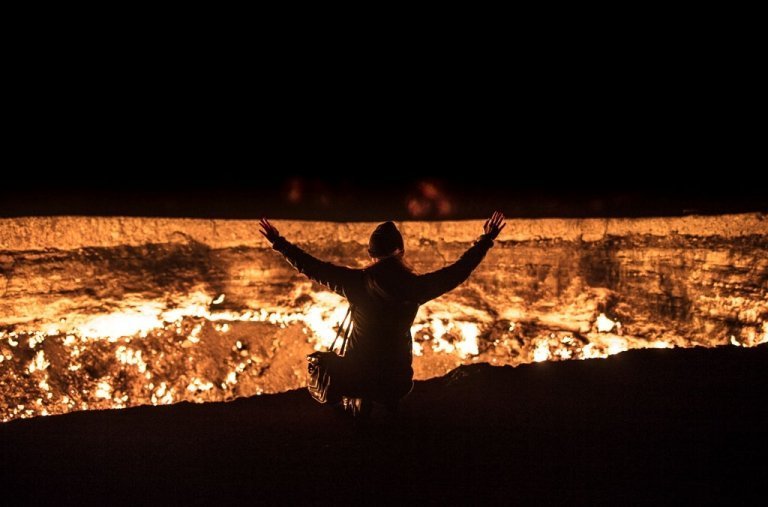 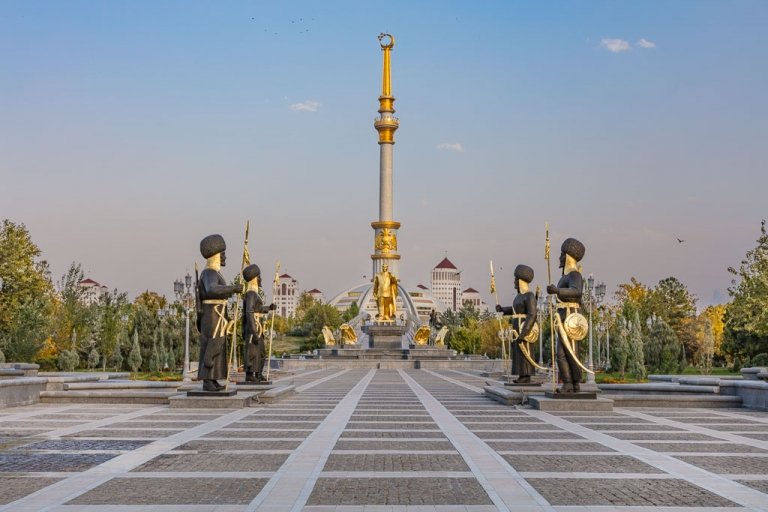 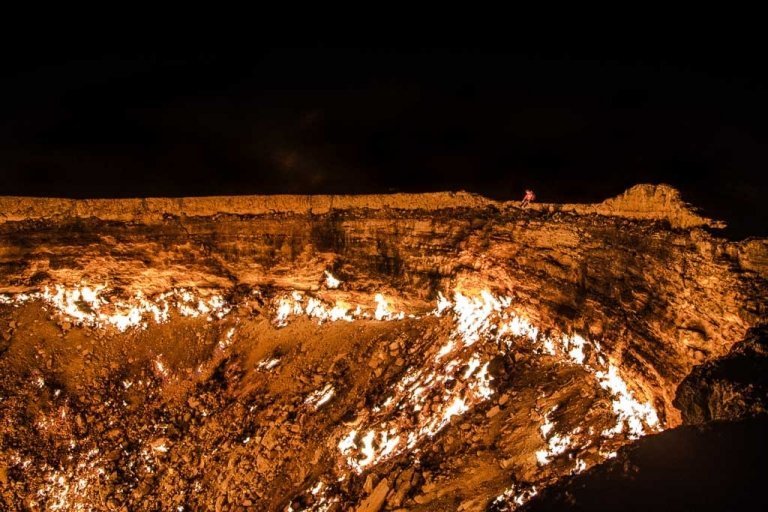 3 thoughts on “Ashgabat, Turkmenistan: The Weirdest Capital City In The World”