10 Things to do in Bishkek

Updated November 2022, 10 Things to do in Bishkek was originally written in November 2019

I quite like Bishkek. Along with Dushanbe and Khorog, it feels like a home away from home after all the time I’ve spent in Central Asia on my numerous trips here. But I often hear travelers complain that it’s boring and there’s not much to do— which is a big part of why I love it. There’s no pressure to see an endless list of sites, it’s a place where I feel I can really relax (as you can see by my extremely limited collections of photographs in Bishkek based on this post).

So if you find yourself headed to Bishkek here are things to do in Bishkek and additionally day trips to take from the city. If you’re starting to plan your adventure in Kyrgyzstan, I recommend the Bradt Kyrgyzstan guidebook to help you sort out your own trip.

Things to do in Bishkak Table of Contents

One of the largest bazaars in Central Asia, Osh Bazaar is massive and sprawling. I easily get lost each time I visit. If you’re looking to pick up souvenirs, supplies for literally anything, clothing, inexpensive produce and meat, or even quick and cheap Central Asian dishes and snacks this is your place. Or if you just wanna experience the chaos and fast-paced bustle (great for photography).

Local friends have always warned me of police (fake and real) extorting money from tourists here demanding to see passports and permits for photography, though I’ve never had an issue with this- it’s something to be aware of.

With extensive fountains and beautiful flower displays, a big statue of Manas and flanked by brutalist architecture, this is the center of Bishkek. Ala-Too Square was built in 1984 to celebrate 60 years of the Kyrgyz SSR. There aren’t heaps to do here per se, but it’s a good place to sit down for a minute and relax. Many of the big sites in Bishkek are close by to Ala-Too Square.

This museum houses collections of Kyrgyz fine arts and traditional crafts, including felt works, carpets, and more. There are also touring local and international rotating exhibits brought into the museum as well.

From 1926-1992 Bishkek was renamed Frunze, after Mikhail Vasilievich Frunze- the Bolshevik leader that was born in Bishkek. The museum is built around the house he was born in and displays many photos of the city of Bishkek and images from the Bolshevik Revolution. Note that there are no English language information labels on the photos or artifacts.

State Historical Museum (if it ever re-opens)

Between the lanes of Erkindik Boulevard is this green, leafy oasis. There’s plenty of benches to take a rest on in the shade and a plethora of statues to wander between too.

Catch A Show At The State Opera & Ballet Theatre

Wanna catch a ballet or play on the cheap? This is your place to go. This is a great activity for those headed to Bishkek in the winter months and are looking for indoor activities.

A yurt-like structure with an eternal flame burning beneath dominates Victory Square. It’s a WWII monument commemorating the 40th anniversary of the end of the war.

If you haven’t spent much time in any post-Soviet republics these statues of Lenin are probably still a novelty. Either way their usually worth a quick photo op, though many throughout Central Asia have been toppled over, or in this Lenin’s case— moved to a less prominent location. This Lenin statue can be found behind the State Historical Museum that I’m beginning to doubt will ever reopen—but I’m will to take bets… 2030 anyone?

The Bishkek beer scene is growing quickly. I feel like gotten to watch Bishkek grow up over the last few years with the new types of businesses that have been popping up. Make sure to try out the all-female ran Save the Ales and Brewster.

If you’ve been in Central Asia for a while now you’re probably DYING to grab something not fried in mutton fat and you just can’t fathom getting through another plate of steaming plov. I understand the plight.

There are a wide variety of international restaurants to get a fix of something… anything else in. Some favorites include Chicken Star (Korean), Pur Pur (Georgian), Vinoteka (European), and Dolce Vita (pizza).

Sitting in the northeast of Bishkek, Dordoi Bazaar is a massive market that is actually comprised of nine different markets— but you’d never pick up on that. One of the highlights? The ashlan fu stalls selling Dungan spicy cold noodle soup that the eastern city of Karakol is famed for.

Burana Tower is all that remains from the city of Balasagan, the capital of the Karkhanid Khanate the ruled the area from the 9th-11th centuries.

Burana Tower is the main attraction, but there is also a nearby museum. Visiting on a Sunday is a great option for those that want to combine Burana Tower on a day trip with the Tokmok Sunday Animal Market. Admission is 150 KGS per person.

Read more about this day trip in my post How to get to Burana Tower & Tokmok Animal Market.

Alamedin Valley is a great place to head to get out of the city and spend a day walking in nature or set up for a nice picnic. To get to Alamedin Valley, grab a marshrutka from Alamedin Bazaar in Bishkek to Koi Tash or grab a taxi from the city. There’s also a fancy spa you can opt to spend an hour or two at in the valley at Jannat Resort, and have a nice lunch at Twelve Chimneys if you’re not feeling outdoorsy.

Ata Beyit means ‘the grave of our fathers’ in Kyrgyz. Ata Beyit is a monument dedicated to the 137 people who were murdered and bodies buried here in a mass grave during the Stalinist Purge of 1938. One man saw the mass burial as it happened but kept the secret for years, only telling his daughter. She eventually shared her father’s story in 1991 after the independence of Kyrgyzstan when she knew it would be safe to share her father’s first-hand witness of the atrocity. Ata Beyit is located 25 kilometers south of Bishkek.

At 140 kilometers east of the big city, Konorcheck Canyon can make a nice day trip from Bishkek, or a nice stop to break up the journey between the capital and Issykul Lake.

An easy visit from Bishkek that will take you to a waterfall and an old Soviet sanatorium where you can enjoy a dip in a hot spring.

Ala Archa Canyon offers anything from day walks to overnight treks to waterfalls, glaciers and mountain peaks. Hop on marshrutka #265 from Osh Bazaar or arrange a taxi to take you.

Hike In The Summer Or Ski In The Winter At Chunkurchak

For beginner skiers, Chunkurchak is a good place to head to get in some turns not far from Bishkek. In summer it provides a nice base for exploring.

Sokuluk Waterfall is a short trek 70 or so kilometers from Bishkek. I haven’t been here personally, but friends have recommended it in the past. It’s easiest to reach by hiring a taxi from Bishkek or if you have your own car.

Hop on marshrutka 303 from the eastern bus station in Bishkek to the village of Kegeti to access the trail from Kol Tor Lake (there are several other Kol Tor Lakes in Kyrgyzstan, FYI). Start early because this is a long 5-8 hour day of trekking for most people. It’s possible to spend the night in Kegeti at Kegeti Tour Guesthouse.

Where To Stay In Bishkek

I’ve been to Bishkek several times over the last few years. Here are my personal favorite hostels and hotels from my many stays: 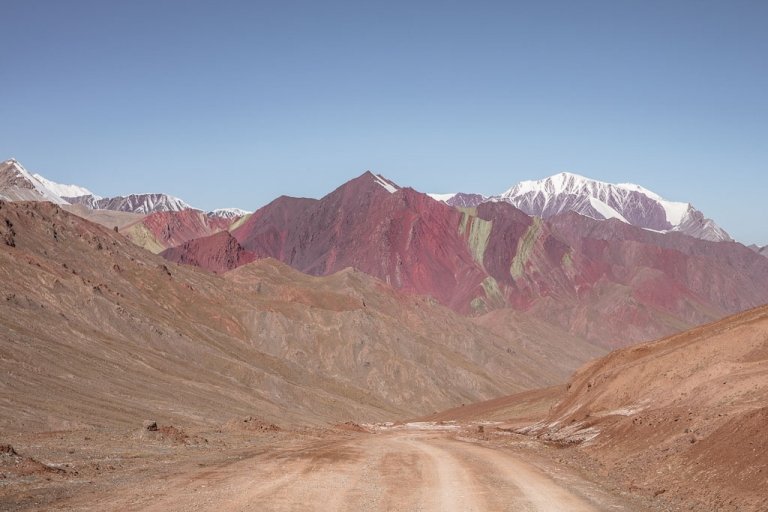 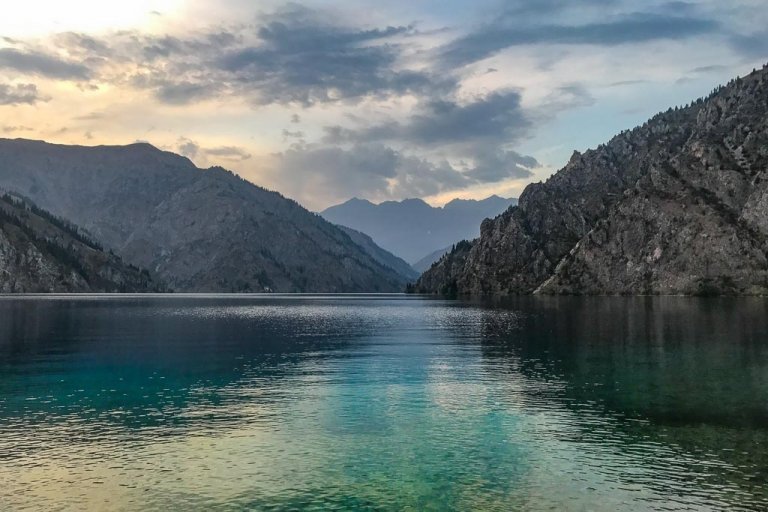 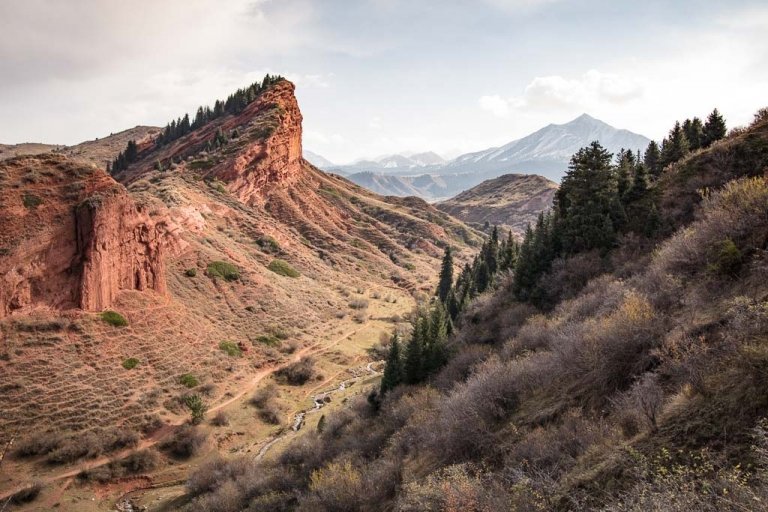 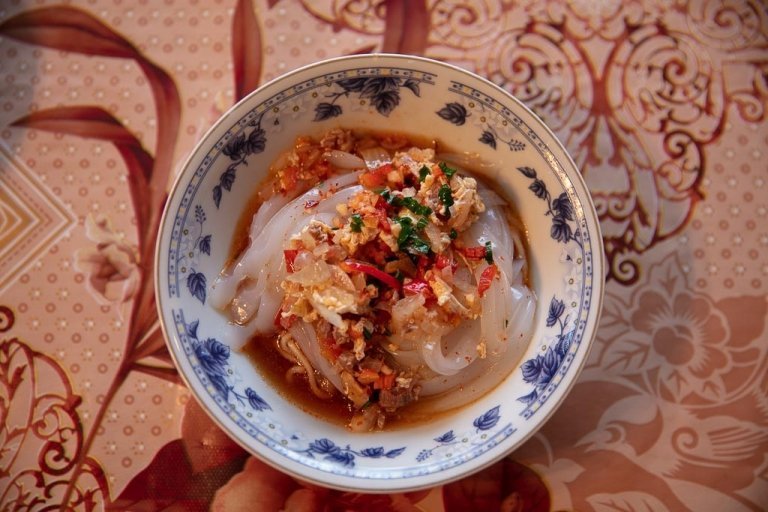 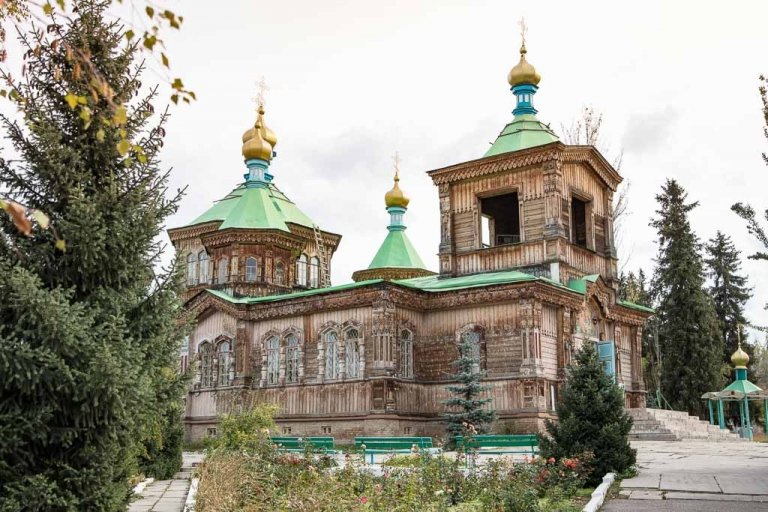 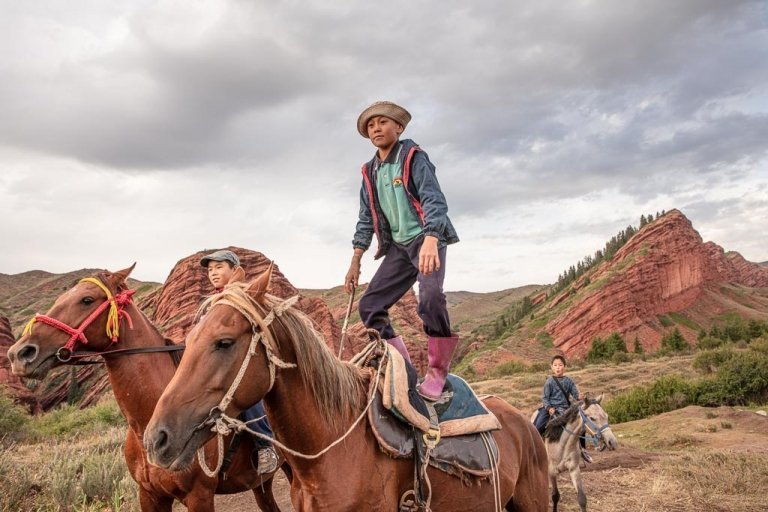 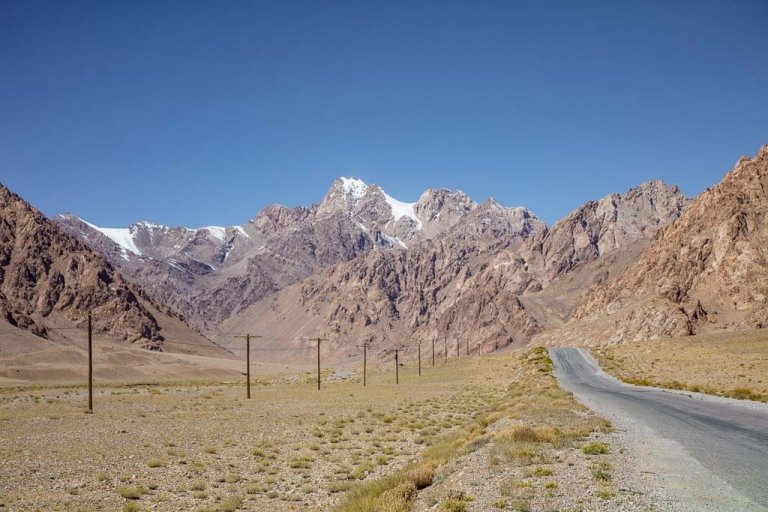 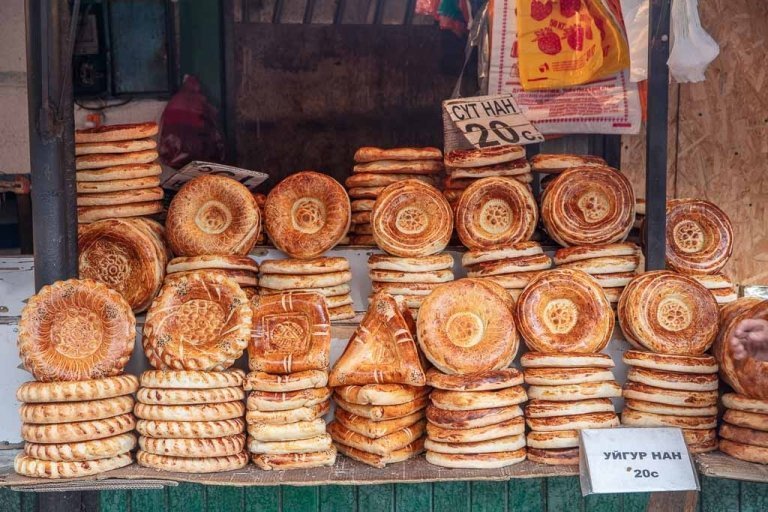 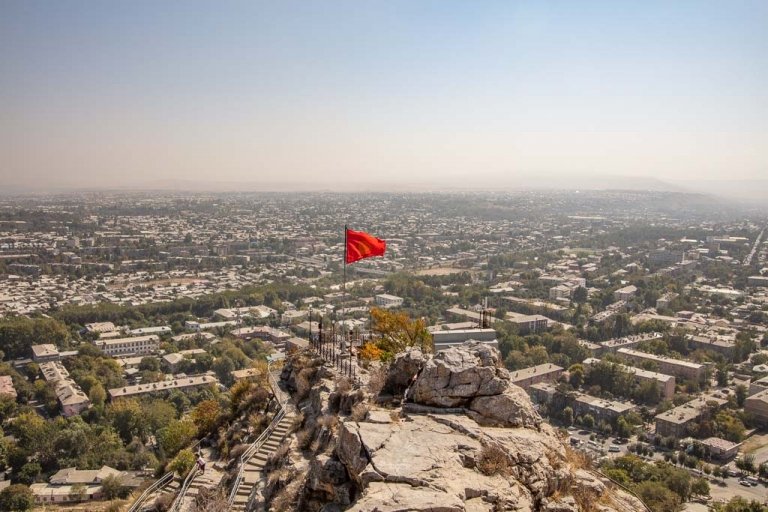 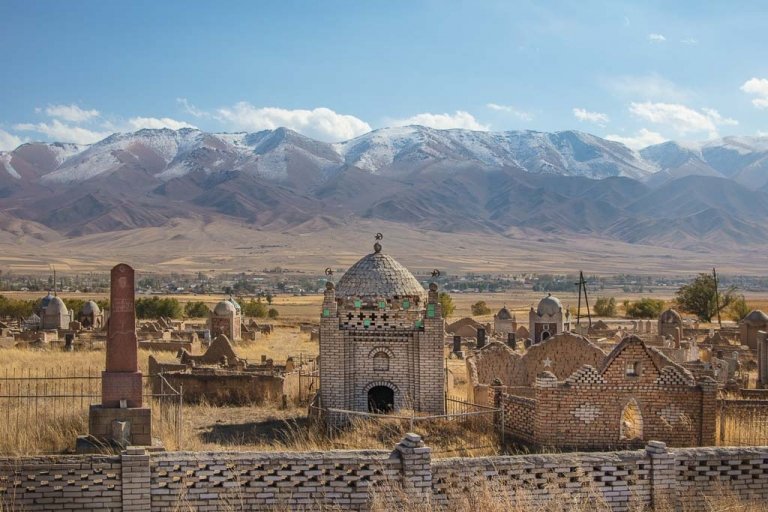