In the baking sun of the Kyzylkum Desert sit the ruins of the Elliq Qala, translating out to 50 fortresses in the Uzbek language. Straddling the arid Khorezm Region and Karakalpakstan Republic, an area collectively known as the ‘Golden Ring of Khorezm’, these ancient castles Elliaq Qala, some of which that date back to the 7th century BC sit in crumbling ruin, begging to be explored.

Few tourists that come to Uzbekistan make it further west from Khiva, but those that opt to make the journey this far to wander the ruins of the ancient Khorezm Castles will be greatly rewarded. It’s one of the few sites in Uzbekistan that you are more than likely to have completely to yourself.

Truth be told, on my first trip to Uzbekistan several years ago I had never even heard of the Khorezm Fortresses, in fact, I only ended up there out of inconvenience. You see, Turkmenistan decided to shutter its borders for several days at the end of October that year (reasons still unknown). This border closure left me with extra time in Uzbekistan and seeing that I was already in the west of the country it only made sense to dedicate some time to the Karakalpakstan Republic, and a couple of the Khorezm Castles.

On that first venture, I ended up taking time to explore Ayaz Qala, Toprak Qala, and Kyzyl Qala as I continued from Khiva to Nukus. Finally returning to western Uzbekistan several years later in May 2021 I decided to visit several more of the Khorezm Fortresses including Dumon Qala, Guldersan Qala, Koi Kirilgan Qala, Angkha Qala, Janbas Qala, and Kirkkiz Qala on a day trip from Khiva I booked with Islambek Travel. Again in October 2021, I returned to Karakalpakstan and Khorezm to visit Chilpik Qala Dakhma en route to the Aral Sea.

Plan the perfect stay in Khiva: the Khiva travel guide

Though the name Elliaq Qala means 50 fortresses, only around 20 remain. Several are not much more than foundation remains, while others are far grander. The main Khorezm Fortresses people visit are Ayaz Qala and Toprak Qala.

Want to see what else this region has to offer? Read the Karakalpakstan travel guide

How to Visit the Fortresses of Khorezm

To be totally honest, the easiest way to visit the Khorezm Castles is to book a day tour. They are surprisingly inexpensive considering the long distances between many of them.

Islambek Travel offers a 5 Qala tour for $29 USD and a 10 Qala tour for $39 USD (you can make custom tours as I did too). Prices are per car, so if you have a small group (up to four of you) this price can be divided amongst you. If you are determined to go for a bit cheaper if you go out on your own and arrange your own driver.

If you have your own wheels, whether that be by car, motorbike, or bicycle you can easily visit the Khorezm Fortresses independently, though I would recommend downloading Maps.me to help you locate each of the castles.

Most who come to check out the Khorezm Castles will take a day tour to visit 5-6 of them, though if you are determined you can squeeze in about 10 Khorezm Fortresses in a long day. Below I’ve also included some of the less impressive (though still interesting) Qalas, as well as a Dakhma near Nukus.

Ayaz Qala is likely the most well-known of the Khorezm Fortresses. Built between the 4th century BC and the 7th century AD, spanning the Kushan Empire and Afrighid Dynasty, Ayaz Qala consists of three separate structures.

Near Ayaz Qala, you will also find the Ayaz Qala Yurt Camp, for those who want to spend a night out here among the Khorezm Fortresses. Near the yurt camp, a woman collects the fees for visiting Ayaz Qala- 10,000 UZS per person.

Toprak Qala served as a palace to the kings of Khorezm is thought to have been constructed during the reign of the Kushans in the 1st or 2nd century AD, following the abandonment of Akchakhan Qala nearby.

Evidence shows that ancient irrigation canals brought water from a branch (now dry) of the famed Oxus (Amu Darya) to the royal residence of Toprak Qala.

Some renovations have taken place since my original visit and so there are some very clearly new-looking walls, let’s just hope they don’t let the new construction ruin the remains of the original Toprak Qala.

As you drive into Toprak Qala expect to be stopped by a woman on the track who will charge a 10,000 UZS fee per person to visit.

Legend has it that a snake demon protects a basement full of gold here at Kyzyl Qala, whose name translates out to Red Castle. In reality, though, no one really knows what the purpose of Kyzyl Qala was, though one theory suggests that it may have served as a fortified defense site to Toprak Qala.

Kyzyl Qala is located about 1 kilometer east of Toprak Qala. The fortress was built between the 1st and 4th centuries AD and was extensively renovated more recently.

One of the largest of the Khorezm Castles, Guldersan Qala dates back to 12th century, making it one of the newer fortresses of the Elliaq Qala. Archeologists discovered bronze items around the fort leading them to believe that the site was used for religious ceremonies. Coins found on the site indicate that Guldersan Qala was in use until the time of the Mongol Invasion in 1220 AD.

A section of the exterior southeastern walls of the fortress have been rebuilt, while the remainder of Guldersan Qala remain as they have since the 12th century.

Guldersan Qala overlooks the small town of Tortkul that briefly served as the capital of the Karakalpak Republic between 1932 and 1939.

The extensive ruins of Janbas Qala was my favorite of the Khorezm Fortresses I toured on my return visit, exploring its crumbling outer walls and the patches of sand dunes that have crept their way inside. The castle is quite large in size with some decently intact walls considering its age at over 2,000 years old.

Janbas Qala is thought by archeologists to have been constructed in the 4th century BC and was abandoned in the 1st century AD following a battle that took place at the castle. Janbas Qala is thought to be one of the earlier of the Khorezm Fortresses owing to the fact it features no towers, leaving it vulnerable to attack.

As you wander around the interiors of the Kirkkiz Qalas you will find ancient shards of broken pottery, making it one of the more interesting of the Khorezm Castles to visit.

Located near the village of Taza Keltiminar is somewhat underwhelming at first glance, Koi Kirilgan Qala. Upon further inspection, Koi Kirilgan is actually one of the most interesting of the Khorezm Castles, but you’ll need to be able to picture it in its grandeur in its zenith over 2,000 years ago.

Koi Kirilgan is believed to have served originally as a Zoroastrian fire temple. It was then built in a round configuration, was two stories, and featured double walls. Today, only the most central section of Koi Kirilgan remains. Go check out the Qaraqalpak website to see more images and a layout of the fortress.

Other Khorezm Fortresses to Check Out

Not far from Koi Kirilgan Qala is the remains of Angkha Qala, which was in use between the 1st and 3rd centuries AD. It served as a defensive fort and is one of the smaller of the Khorezm Castles.

Dumon Qala sits about 12 kilometers north of the city Beruniy, making it a good first stop if you are beginning your Khorezm Fortress tour from Khiva. The best-preserved sections of Dumon Qala lie in its western citadel.

Yekke Parsan served as a fortified manor house under the Afrghids in the 6th-8th centuries AD. Unfortunately, I was unable to visit Yekke Parsan as the road giving access to it was under construction (even then, you still must go on foot to reach the site.

Washed out by a river, only the eastern sections of Gyuar Qala remain. It is thought to date back to the 4th century BC. Not to be confused with the Gyuar Qala sitting next to Mizdarkhan Necropolis just outside Nukus.

Kalajik Qala is a defensive fort that dates back to the 4th century BC. Next to it is the salt Kalajik Lake.

Chilpek Qala is fairly close to Nukus (I plan to visit the site when I return this fall!) and sits on a hill that overlooks the Amu Darya River. Chilpek Qala served as a dakhma or Tower of Silence (similar to the ones in Yazd, Iran), a structure used by Zoroastrians for sky burials. Bodies would be laid out atop the tower and left for vultures and other birds to pick the bones clean before they were placed in ossuaries for burial.

Chilpek Qala is in nowhere near as good of shape as the dakhma in Yazd, Iran, but is still worth the stop for those driving between Khiva and Nukus. From the top you’ll have sweeping views of the Kyzylkum Desert and the Amu Darya River.

There are steps leading up almost to the top and then you’ll have to walk on a mud path the rest of the way up. A ticket booth is being built at the base, so it will only be a matter of time before entry fees will be charged to visit (and don’t be surprised if the ministry in charge Disneyifies the site in typical Uzbek fashion).

Tips for Visiting the Khorezm Castles

As the Khorezm Fortresses are spaced apart and many are in desolate areas, I would recommend bringing water and some snacks with you to hold you over. Most of the drivers that make trips out here will know restaurants in nearby villages to recommend too.

If visiting in the summer, plan for it to be very hot so sunscreen, sunglasses, a sun hat, and lightweight clothing are recommended. In winter it can be downright frigid so layering clothing, a warm jacket, a hat, and gloves are worth packing. I’ve visited in both May and November and can attest to these items in either season.

Most visitors who come to explore the Khorezm Castles will either do so as a day trip from Khiva most commonly or from Nukus.

For budget travelers staying in Khiva, I recommend the Khiva Ibrohim Hotel. Midrangers can try Arkanchi Hotel and those on higher budgets may want to head over to Hotel Khiva Palace.

Those staying in Nukus should try the Jipek Joli Inn.

The best time to visit Uzbekistan as a whole is the spring months of March-May and fall months of September-October. That said, the Khorezm Fortresses sit in the Kyzylkum Desert which can still be pretty hot during the day at these times. July and August are best avoided due to extreme heat. November-February are quite cold, so plan to layer up.

Have any questions about visiting the Khorezm Fortresses? 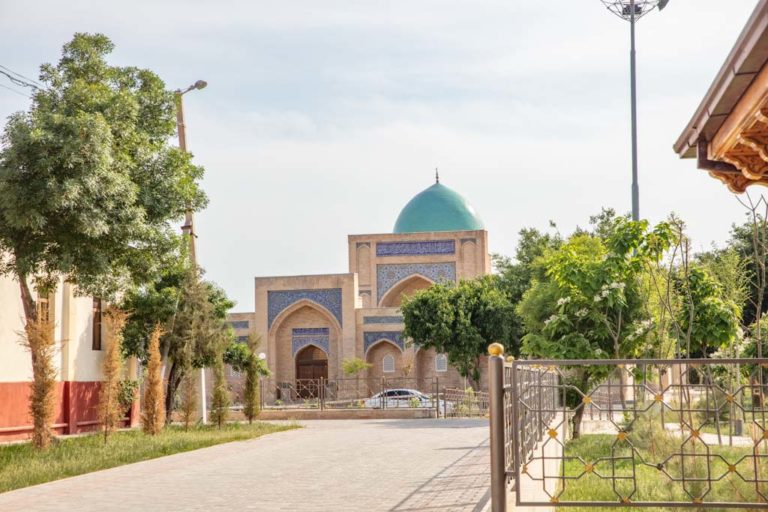 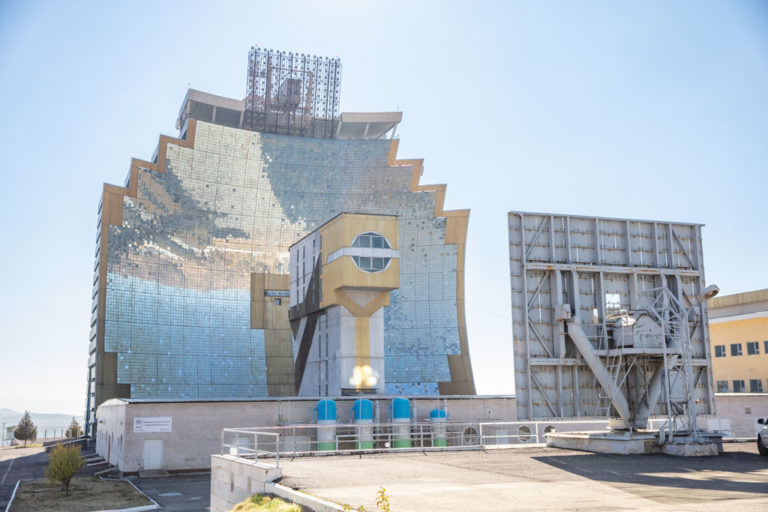 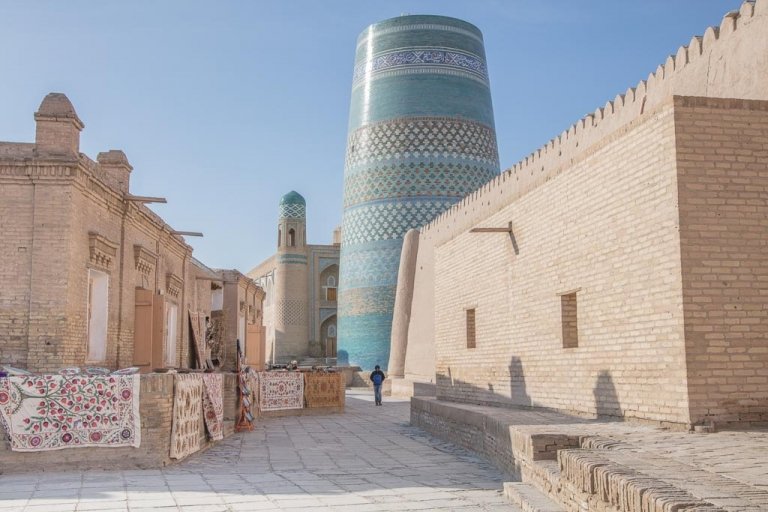 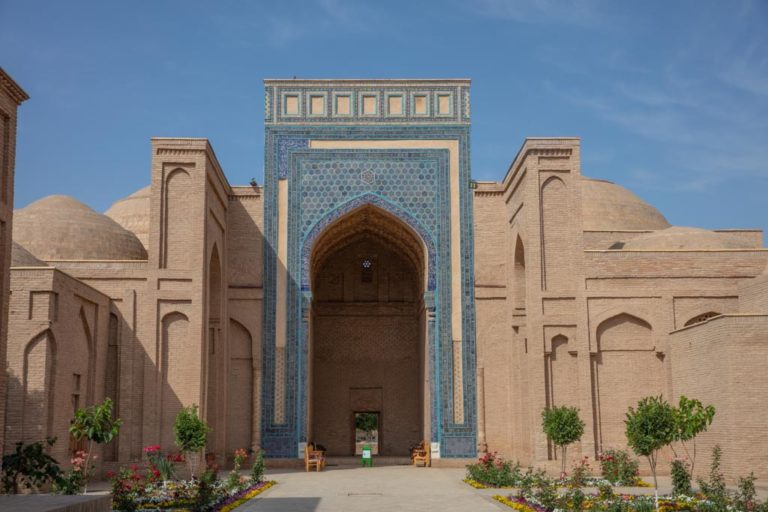 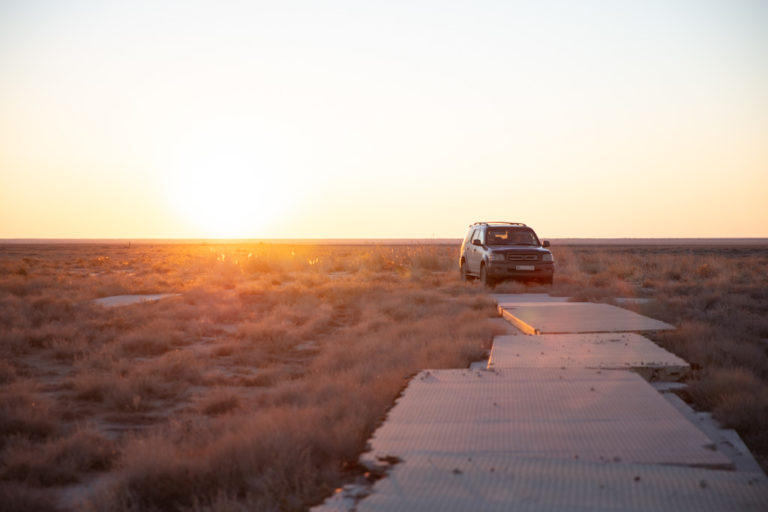 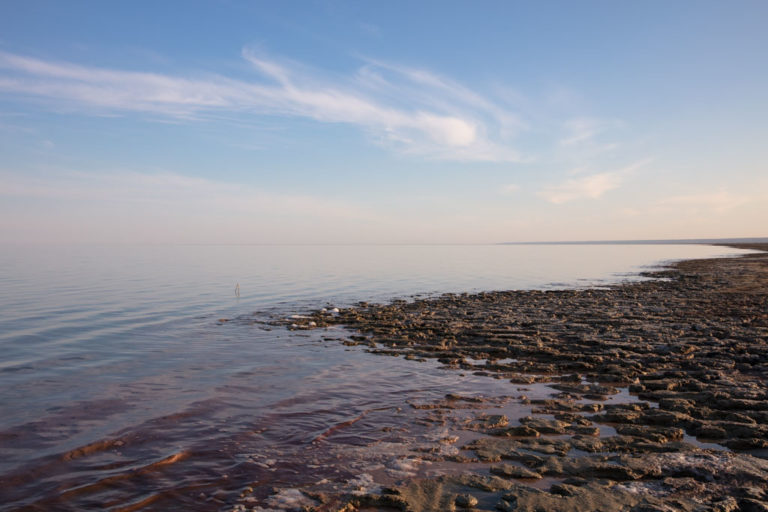 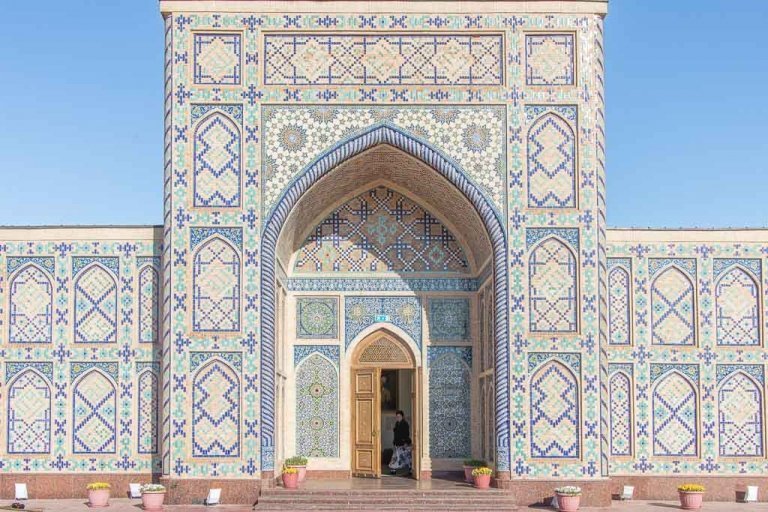 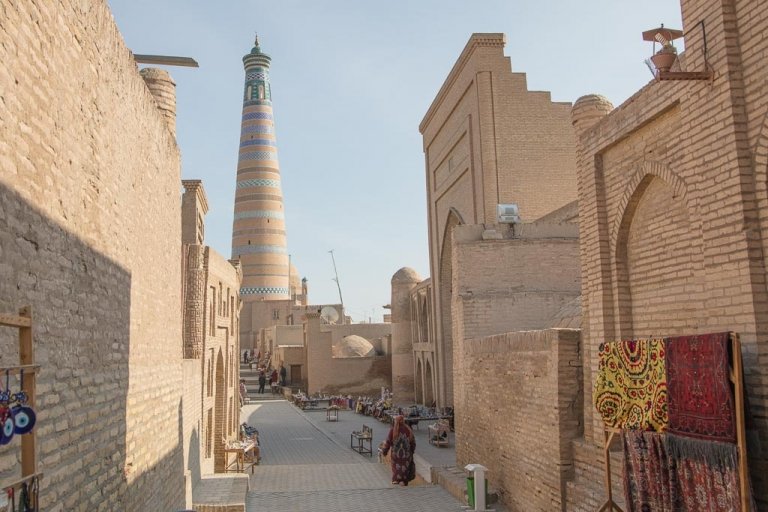 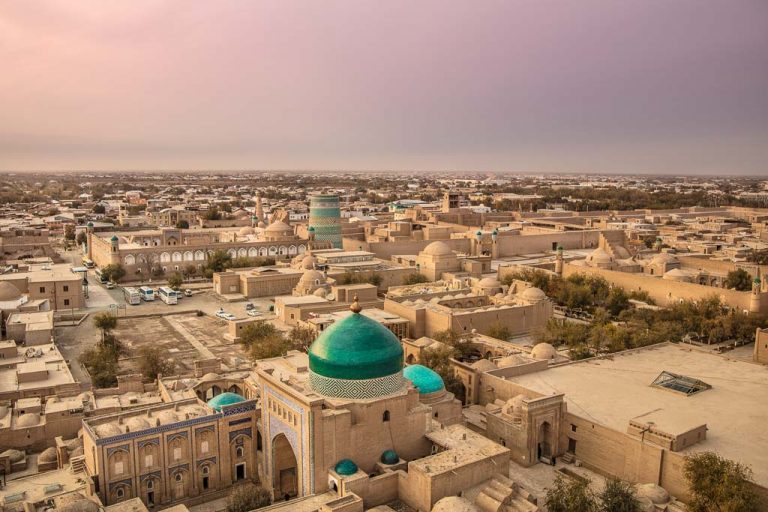 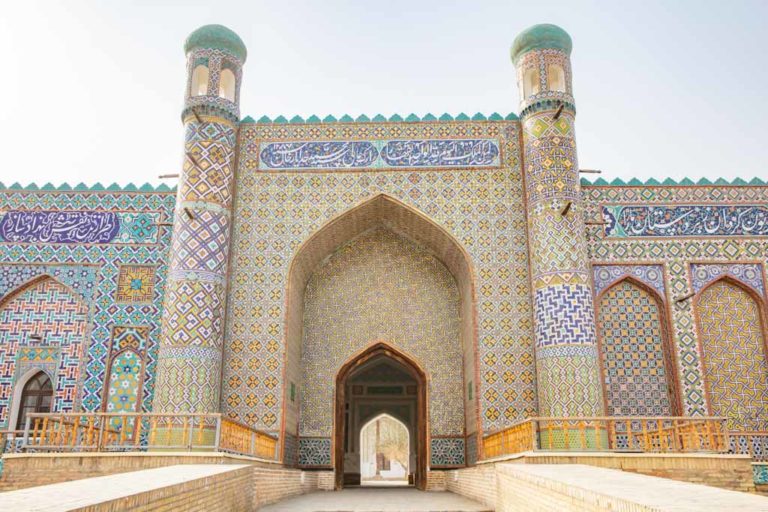 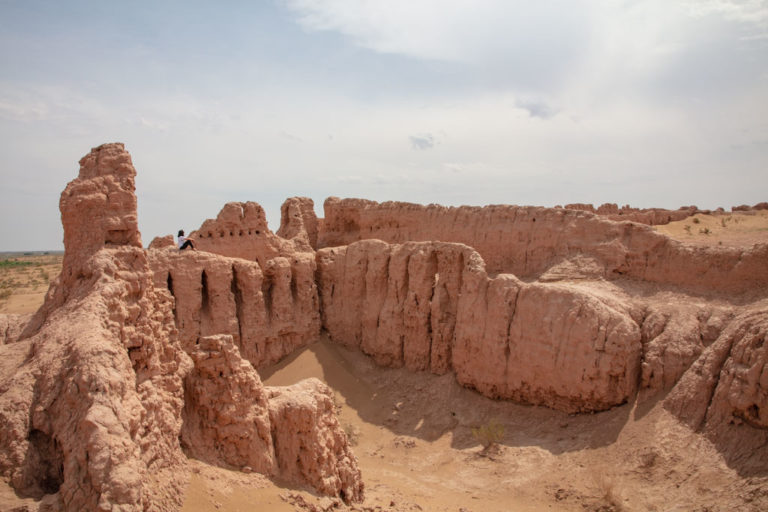 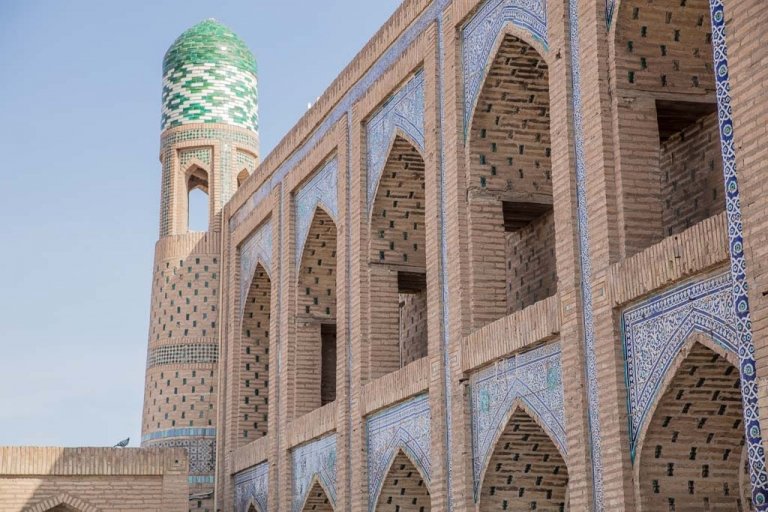 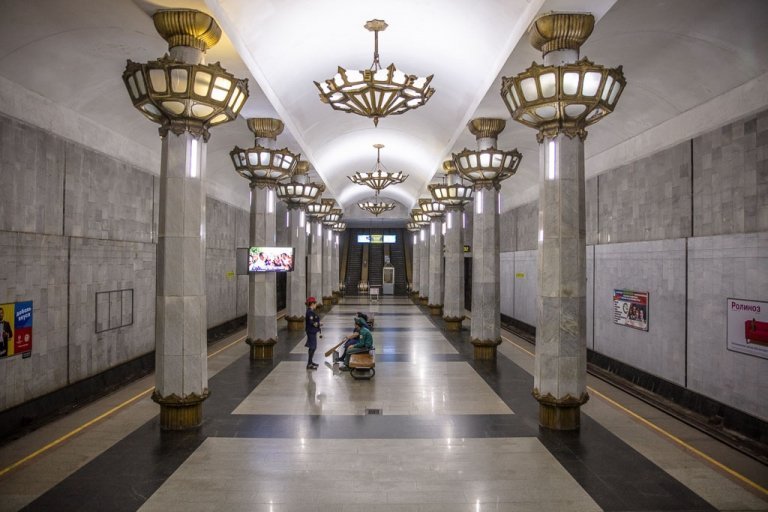 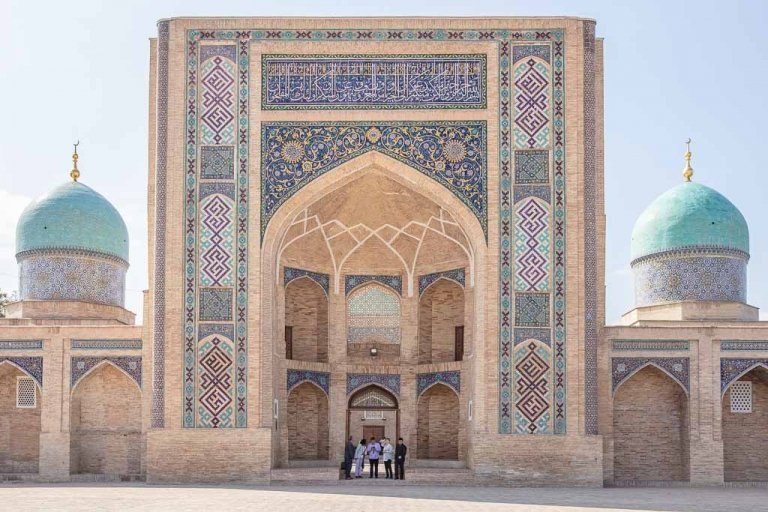 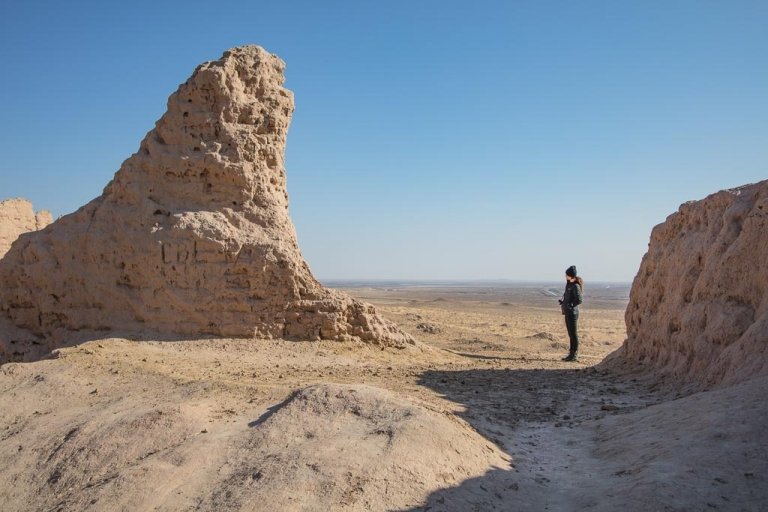 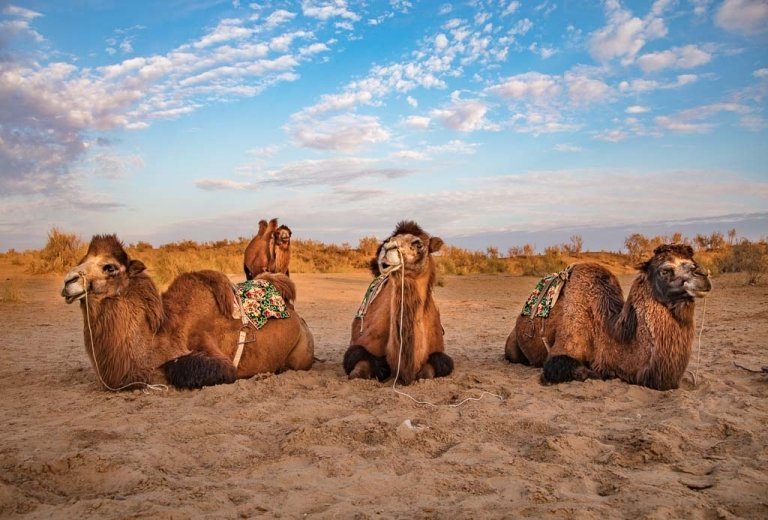 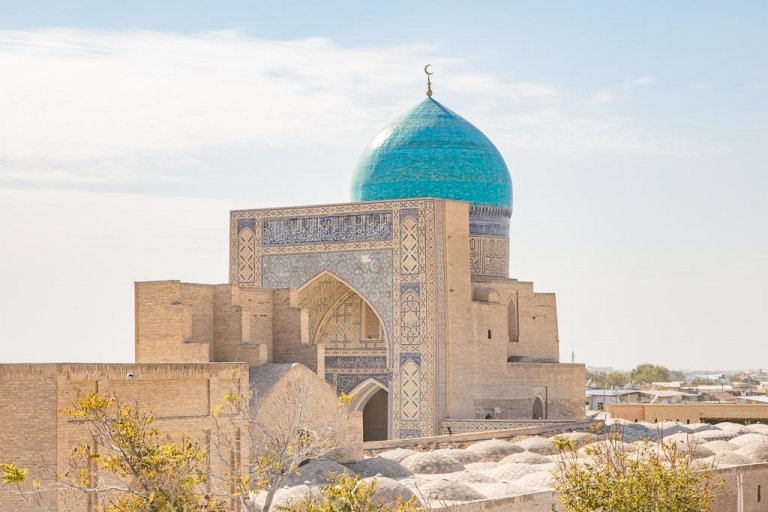 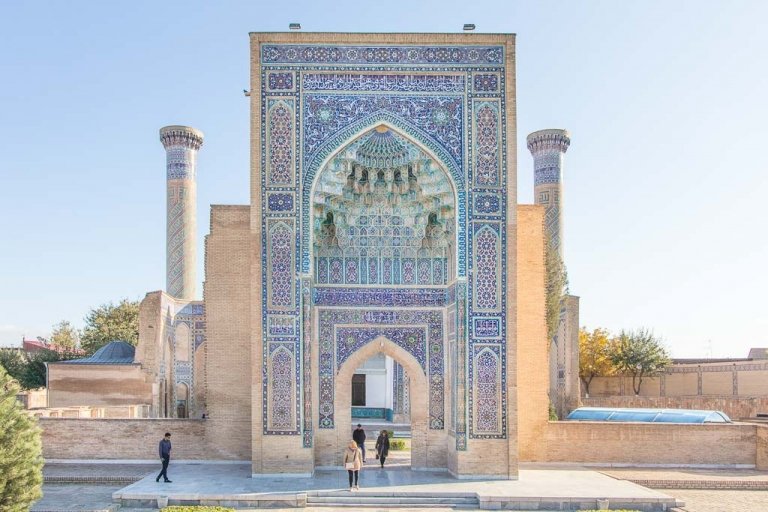 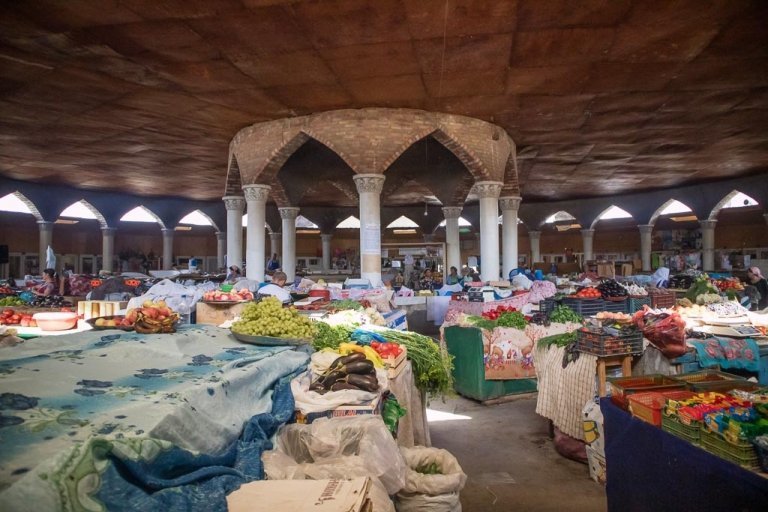 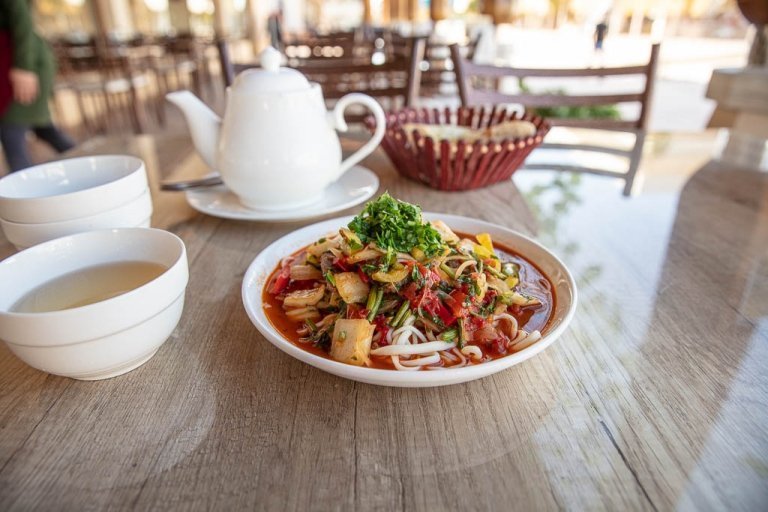